Cakes add to the excitement of a wedding. They are an integral part of celebrity weddings. Some celebrities have splashed cash in an endeavor to make their wedding a successful and a stylish event. Some have even flown their friends to exotic destinations.

Here are the top 10 most expensive wedding cakes.

This cake was not part of any wedding. But it finds a place here as it was wedding cake, in fact the most expensive wedding cake in the world. It was created by Cake, a bakery in Chester. The eight-tiered confection was decorated with more than 4,000 diamonds. 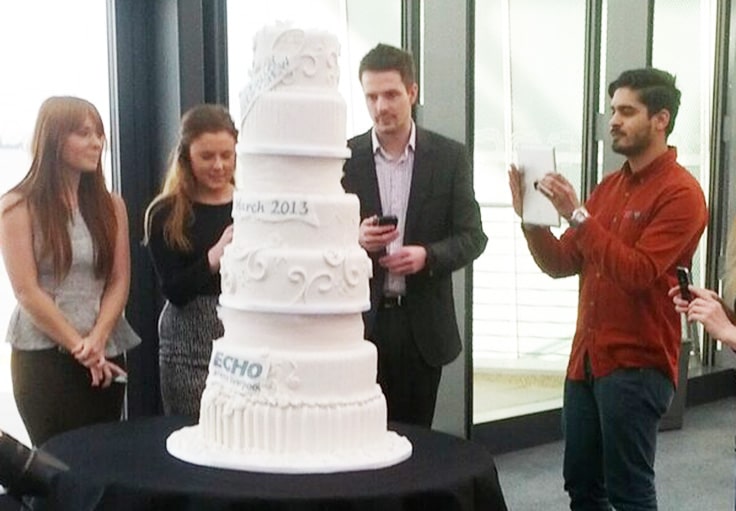 This white wonder was designed by Fiona Cairns. This eight tier fruit cake has 17 different kinds of sugar paste flowers on it, like Scottish thistle, English rose, west daffodil, lily of the valley and Irish shamrock. This elaborate cake was cloaked in white icing with 900 flowers. 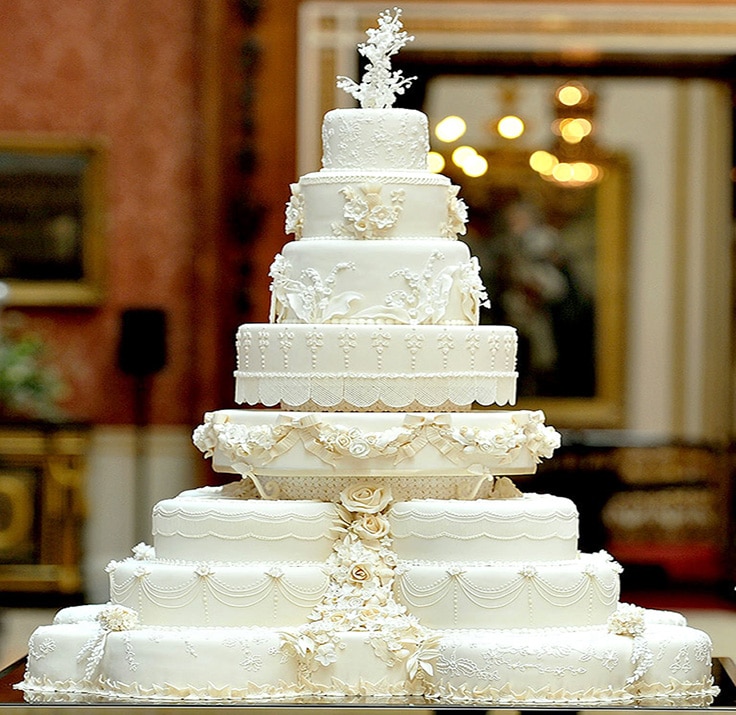 Prince Charles wedded Princess Diana in 1981 and a magnificent cake was a part of the celebration. This 5-foot masterpiece boasted of a floral theme. It was decorated with lilies, roses and orchids. It also had prince’s family’s royal coat of arms. It took around 14 weeks to make this cake. It was only one of the 27 cakes that were made for the event. Also a duplicate of this cake was made, just as a preparation for any mishap. 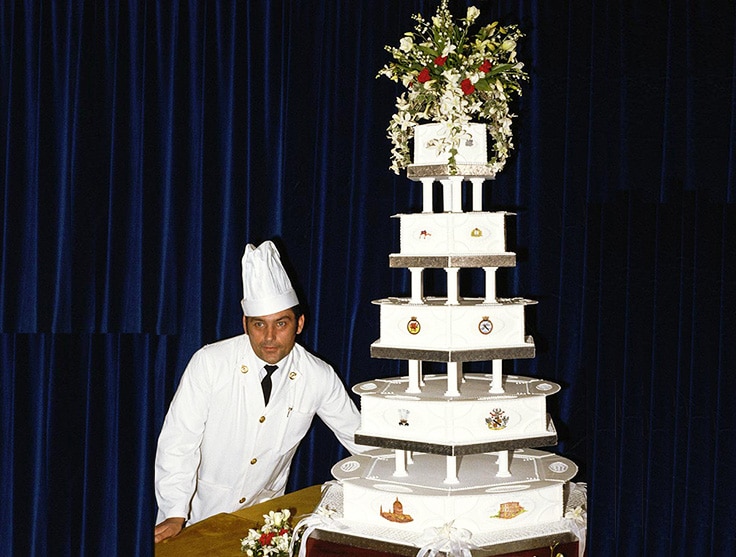 This 12-feet high cake looked beautiful with stark white and black colors. It had stripes of sterling silver leaves. Red and purple sugar roses were all over the cake. 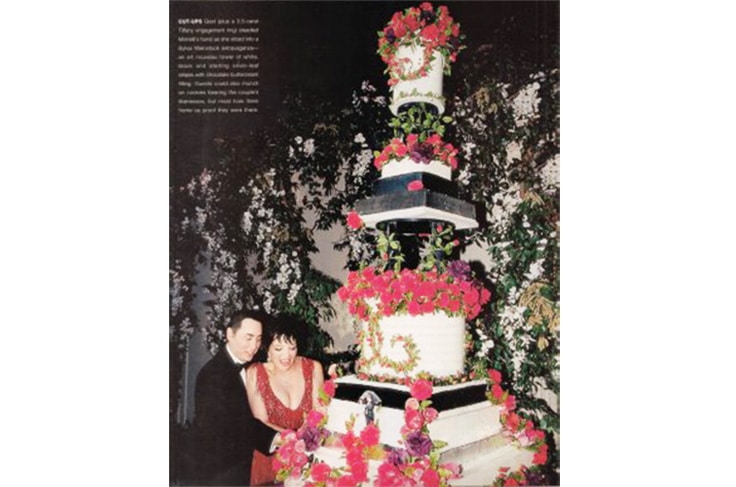 The wedding cake of this funny man was no joke. To celebrate this special event, in 1993, he rolled out $25,000 for a multi-tiered white icing cake. It was overflowing with what appeared to be sugar roses in pastel shades. 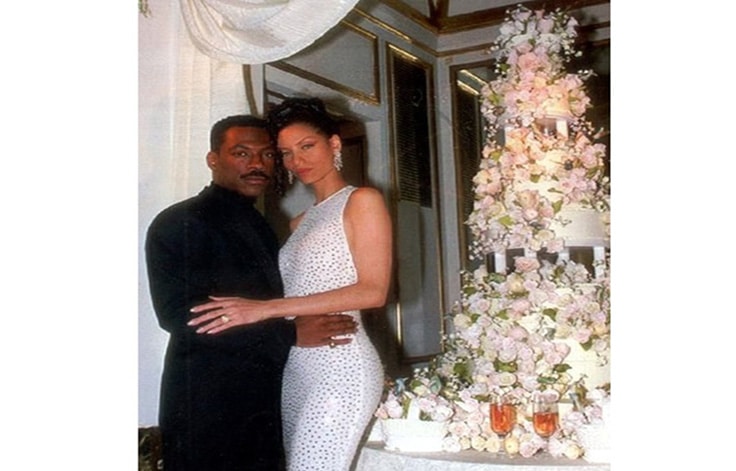 The couple wedded in 2011. It was a televised spectacle. The event’s scene – stealing cake was eight foot tall and weighed 600 pounds. This chocolate chip marble cake had alternating black and white tiers and butter-cream frosting. 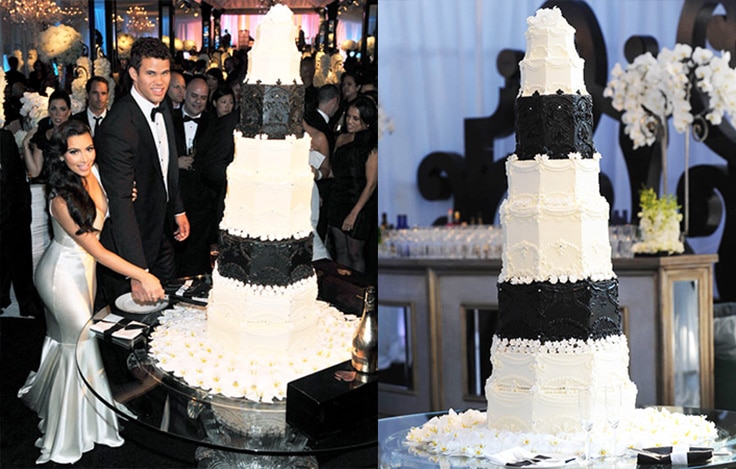 The celebrity couple commemorated their 2010 wedding with an awesome cake. It is famous for its classic design. Under the vanilla fondant was a core of gluten-free vanilla sponge layered with chocolate mousse. This dessert was topped off with 1000 sugar roses, orchids and calla lilies. Its exterior was all white. 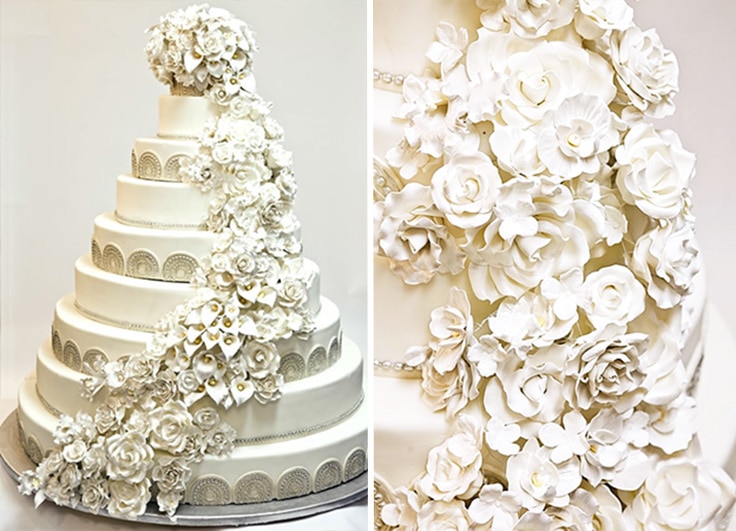 This awesome 10-tier cake was created by Sylvia Weinstock. 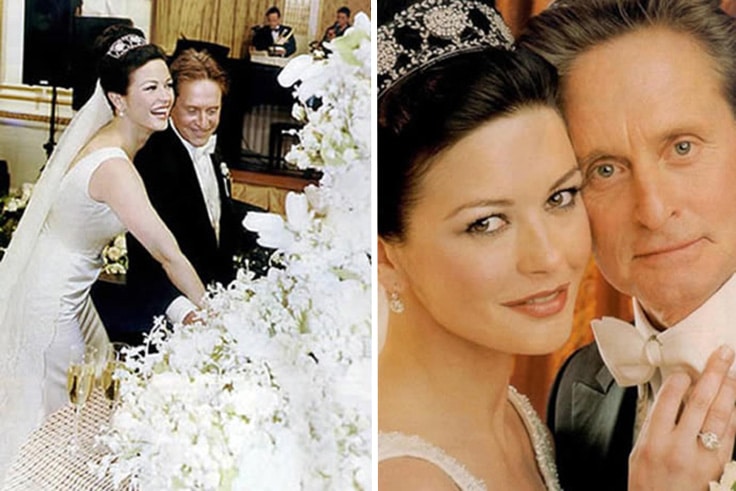 This white 7-foot 7-tier cake had fruit layers and white frosting. There are no official pictures of this cake. One wedding guest, Franca Sozzani, had posted an image in Instagram.

It appears that both Paul and Heather love chocolate. This four tier cake was a rich chocolate extravaganza. It was made by Brighton’s famous Choccywoccydoodah. Unfortunately their marriage ended in a bitter divorce. 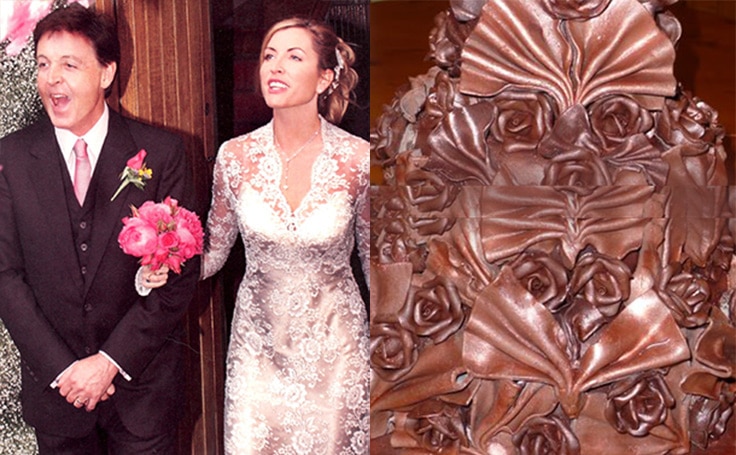 The above – mentioned cakes became famous for their unique themes, great heights, awesome ingredients and wonderful decoration. However, it is unfortunate that some of these couples are not together anymore.