10 Countries With Highest HIV/AIDS in Africa 2015 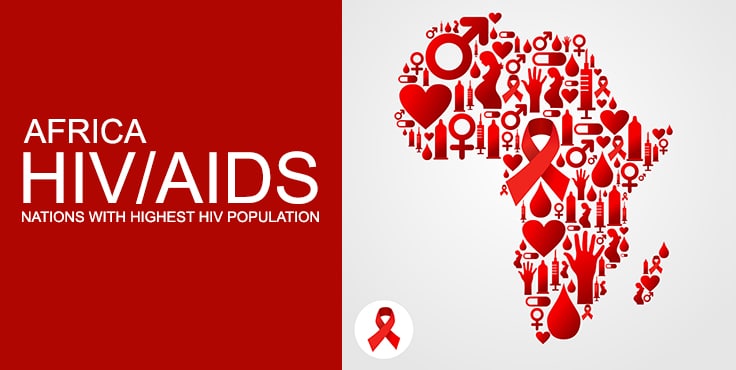 Africa has the most critical HIV/AIDS epidemic in the world. A 2013 report shows roughly 24.7 million people were living with HIV in Sub-Saharan Africa, about 70% of the global total. An estimated 1.5 million people in the region became newly infected.

The prevalence of HIV virus, which causes AIDS, varies from country to country. Here is the top 10 countries with highest HIV/AIDS as of January 5, 2011, according to World Health Organization (WHO).

With HIV prevalence rate of 17%, Zambia is facing a generalized HIV/AIDS epidemic. Zambian Government has prioritized the access of antiretroviral treatment (ART) to all Zambians in need. Despite its significant increases the national prevalence rate is high with no sign of declining.

With an estimated 15% of the country’s population living below the poverty line,  HIV/AIDS is one of Ethiopia’s biggest challenge. The overall HIV prevalence rate is 1.4 percent, based on testing a sample of 5,780 men and 5,300 women age 15 to 49. The primary mode of transmission in Ethiopia is heterosexual contact.

Around 100,000 people die of AIDS every year in Democratic Republic of Congo. It is one of the first African nations to recognize the virus. Here the main mode of transmission (87 percent of cases) is unprotected sex.

In Uganda, AIDS has been approached as more than a health issue. In spite of appropriate steps by the government to deal with this disease, HIV infection rate in Uganda is on the rise.

Around 15 percent of the population in Zimbabwe is affected by this disease. The virus is transmitted primarily through unprotected sex and from mothers to their children. Young adults and woman are hardest hit.