20 Most Beautiful Churches in the World 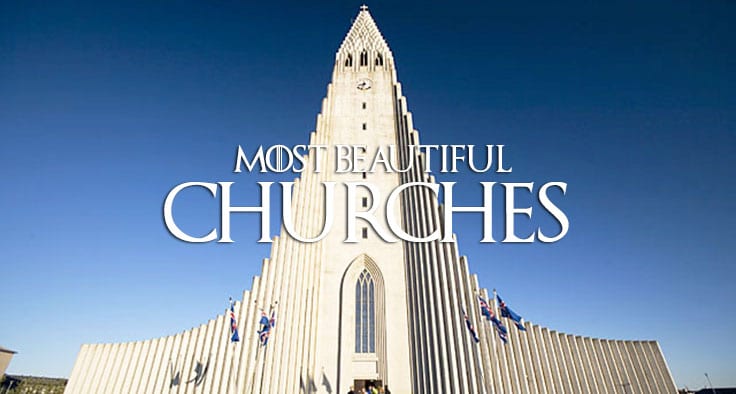 A church is a place of worship. The common architecture for churches is the shape of a cross. There are many churches all over the world. Some of them are architectural beauties.

Here is the 20 most beautiful churches in the world.

This neo-Gothic church was built on the bridge spanning the river gorge in such a way that the gorge cliff with the image of the virgin forms the back wall of the church. 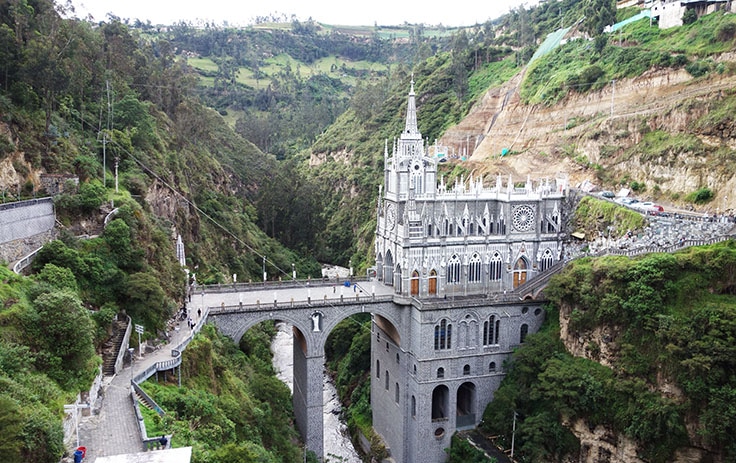 This church belongs to the St. Nicholar Eparchy for the Ukrainian Catholics. The structure has an ultra-modern roof, comprising 13 gold domes. It is an architectural beauty. 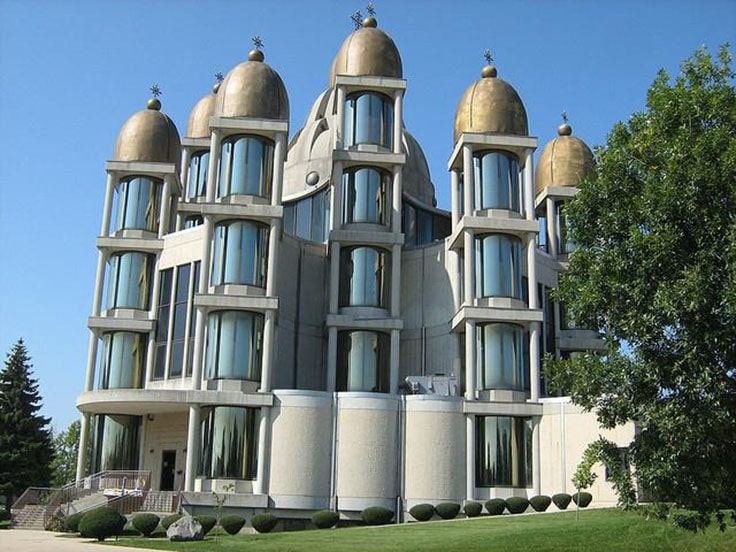 This former church in Red Square is a museum. It is a world famous landmark. Some experts consider the cathedral a recreation of Qolsharif Mosque, which was destroyed by the Russian troops after the seize of Kazan. 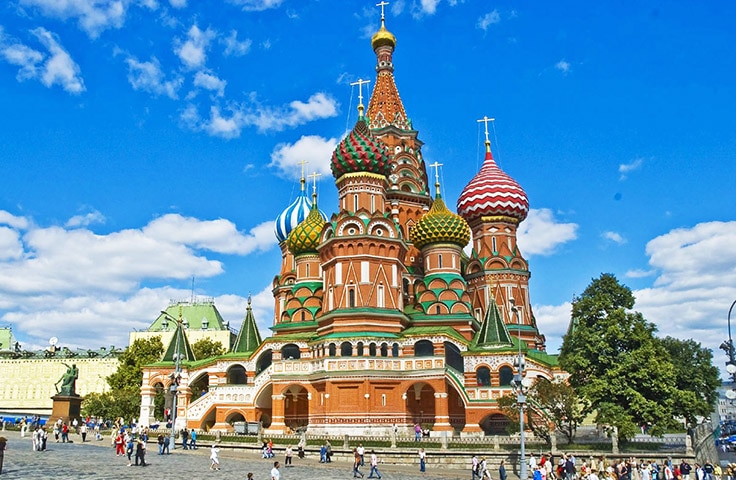 This beautiful church is a Lutheran parish church. Its magnificent 73 meters high steeple rises above all other buildings in ReykjavÃ¬k. With a seating capacity of 1,200 people, it is the largest church in the country.

This cathedral is 124 meters high. It is the tallest church in South America. It was designed by architect Jose Augusto Belluci. The design is inspired by the Soviet sputnik satellites. 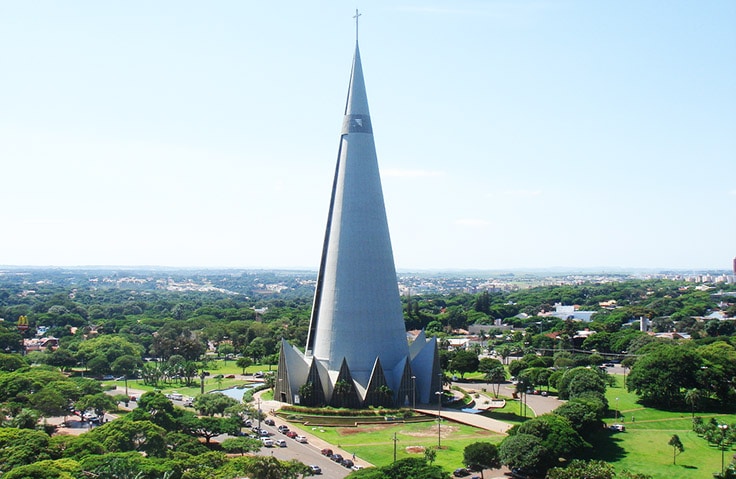 This Roman Catholic Cathedral was designed by Oscar Niemeyer. This hyperboloid structure was constructed from 16 concrete columns, each weighing 90 tons. 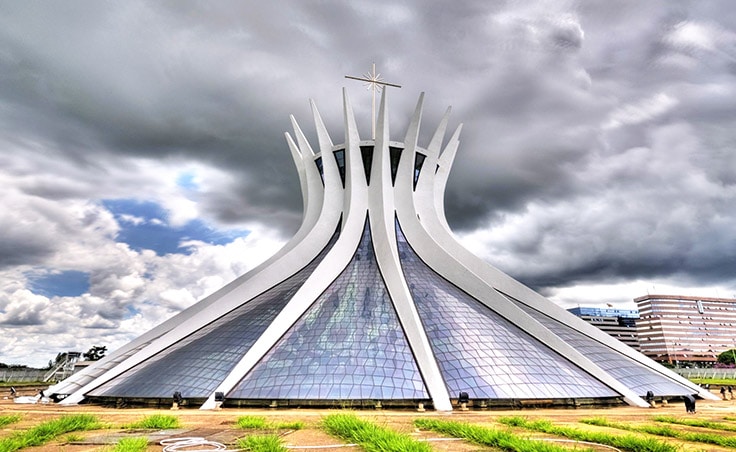 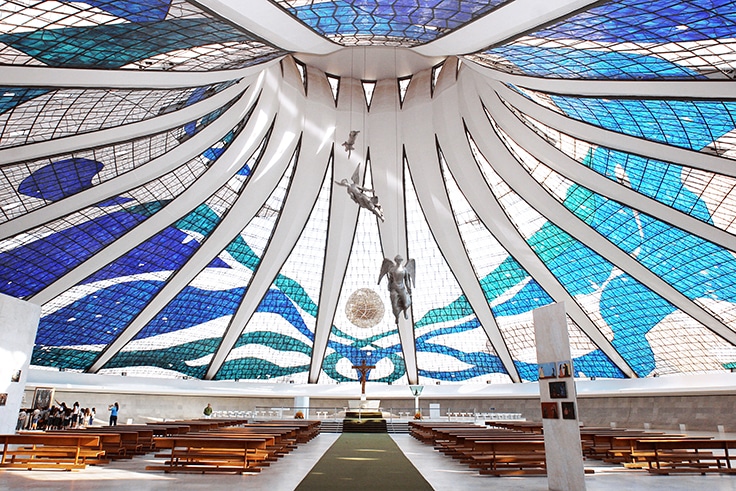 This cathedral church is dedicated to Saint Mary Nascent. The Gothic cathedral is the fifth largest cathedral in the world. The plan consists of a nave with four-sided aisles, crossed by a transept and then followed by choir and apse. 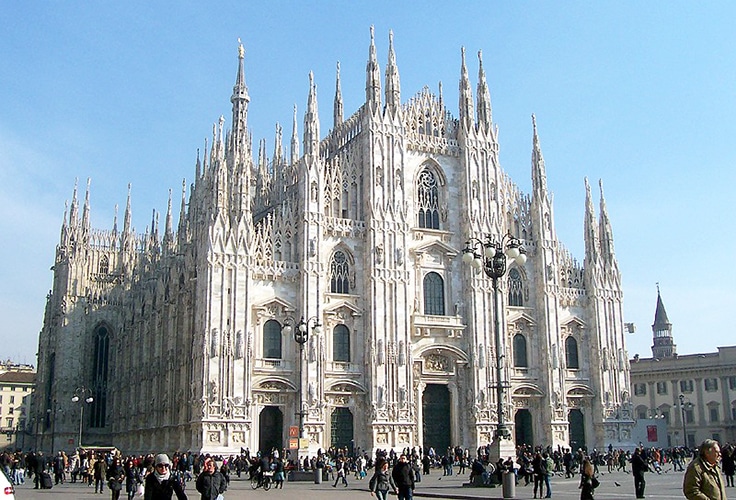 This large Roman Catholic Church is designed by Catalan architect Antoni Gaudi. It is a UNESCO World Heritage Site. The church plan is that of a Latin cross with five aisles. Themes throughout the decoration include words from the liturgy. 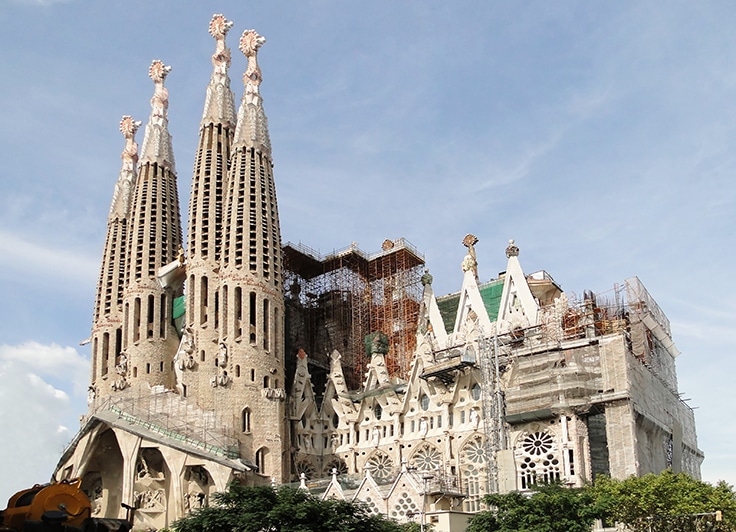 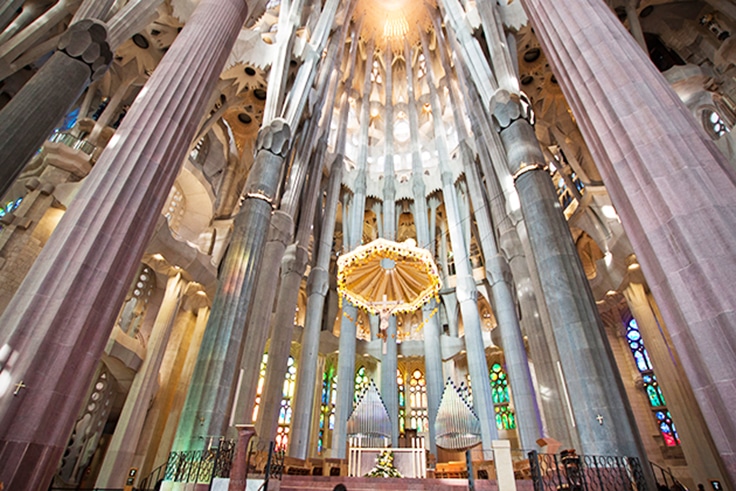 This church was designed by Edgar Fonceca in a modern style. 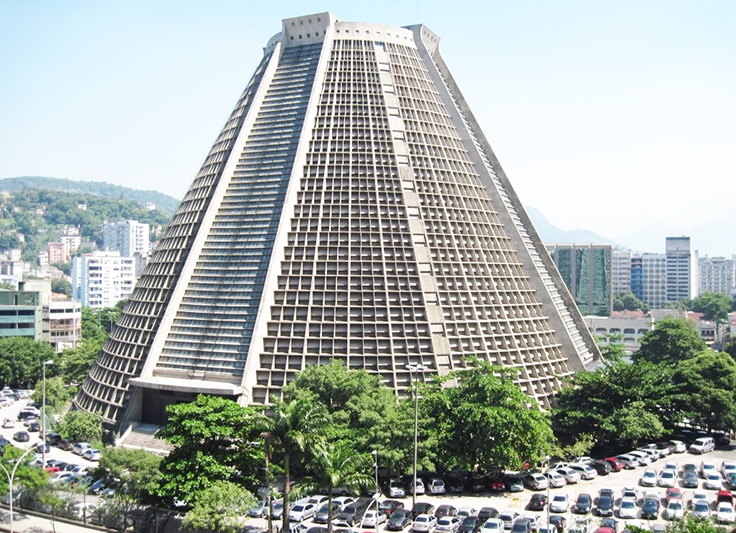 Located in Central London, this large (mainly Gothic) church is one of the most notable religious buildings in the UK. 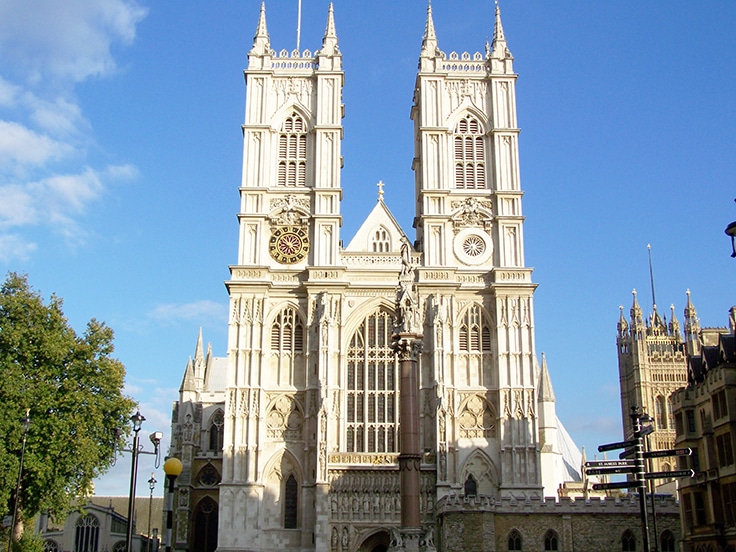 This is a Roman Catholic chapel built into the buttes of Sedona, Arizona. The chapel was inspired and commissioned by local rancher and sculptor Marguerite Brunswig Staude. 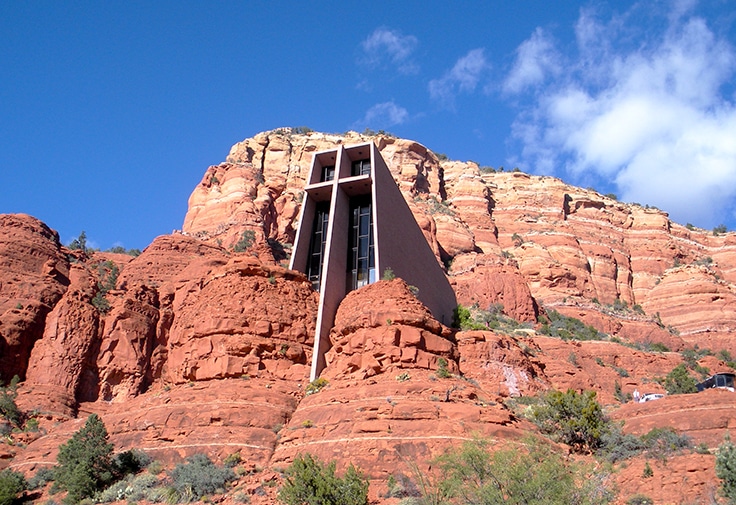 This church is an example of expressionist church architecture. Designed by Jensen-Klint, this church is a synthesis of architectural styles. Klint has decorated the nave with a version of the stepped gables common on Danish churches. 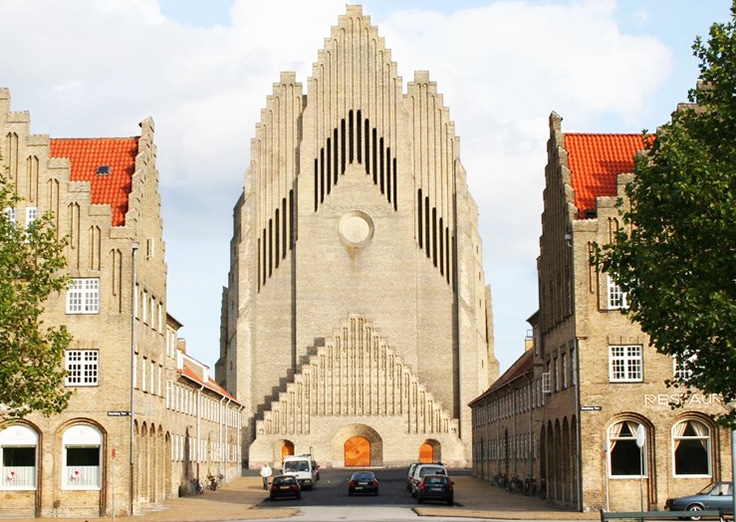 The Wireman Chapel at Eckerd College (St. Petersburg, Florida, US)

This beautiful chapel serves as the focus of Eckerd College’s commitment to the centrality of the life of the spirit, whatever form it takes, and its house of God, by whatever name He or She is called. 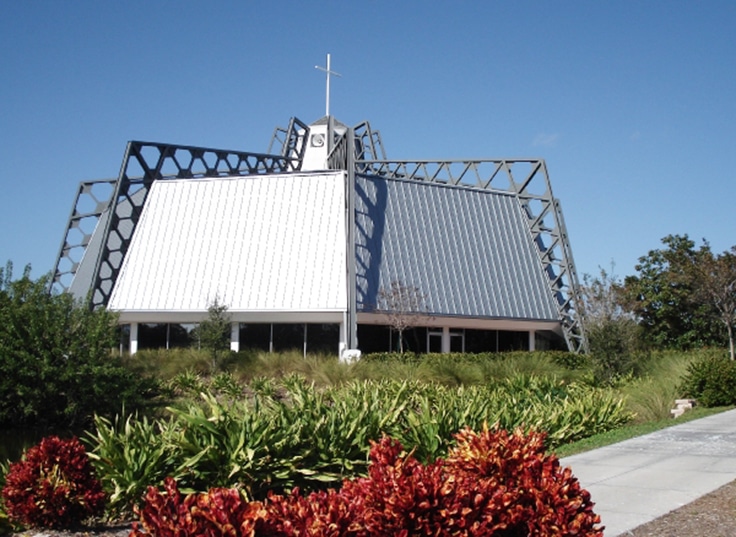 This Roman Catholic Church is designed by Richard Meier. According to him it is the “Crown jewel of the Vicariato di Roma’s Millennium project”. It serves 8,000 residents of the Tor Tre Teste area. 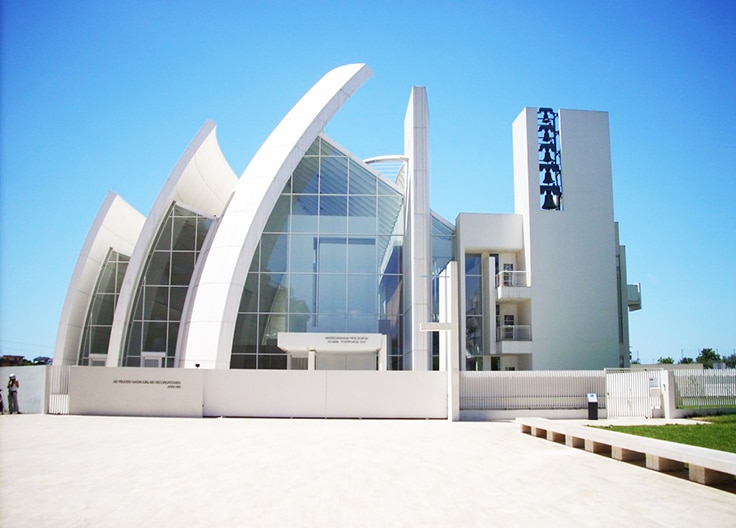 The architecture of the monastery incorporates elements that have evolved from styles prevalent during Byzantine and Baroque periods. The St. Michael’s Golden-Domed Cathedral is the monastery’s main church. 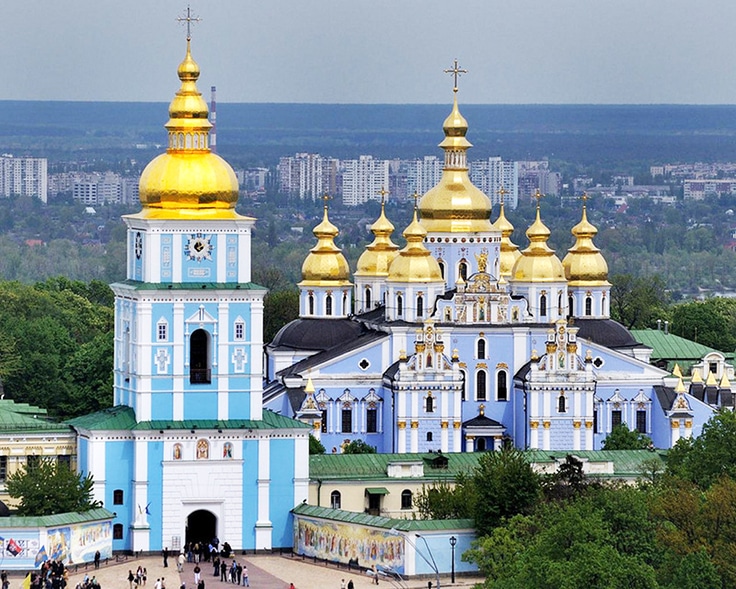 The Basilica of the Sacred Heart of Paris (Paris, France)

This Roman Catholic Church is dedicated to the Sacred Heart of Jesus. It is a popular landmark in Paris. Designed by Paul Abadie, this architectural wonder is built of stone quarried in Chateau-Landon, France.

This beautiful chapel was designed by Walter Netsch, a Chicago based architect. It is an excellent example of modernist architecture. It was named a US National Historic Landmark in 2004. 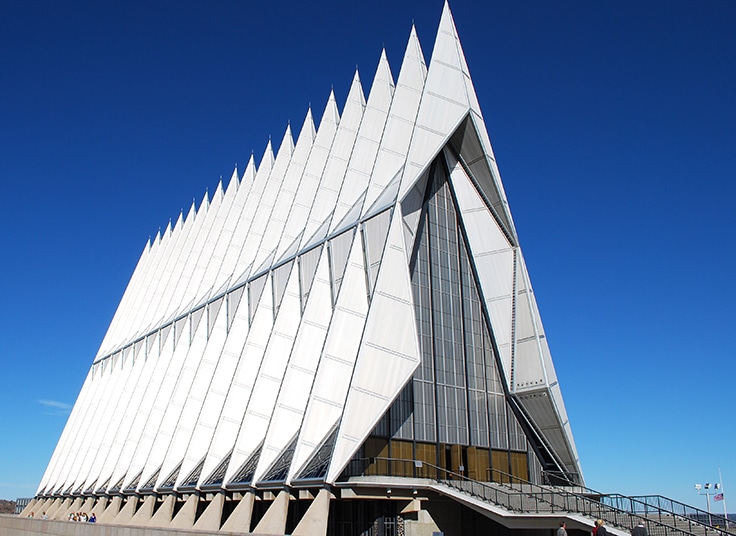 This shrine is located between Victory Square and viale Theocritus. It is erected in memory of the miraculous tearing of plaster effigy depicting the immaculate Heart of Mary. 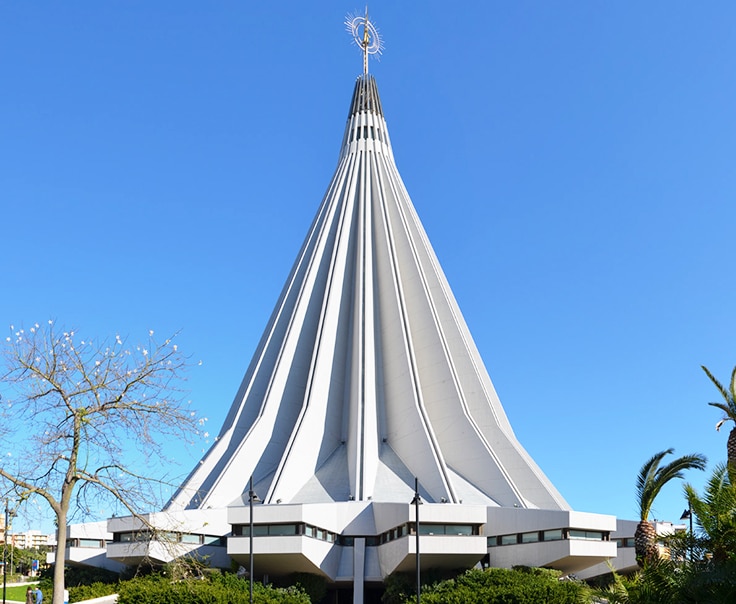 This structure was a Greek orthodox patriarchal basilica. Then it was converted to a mosque. Today it is a museum. It is an excellent example of Byzantine architecture. 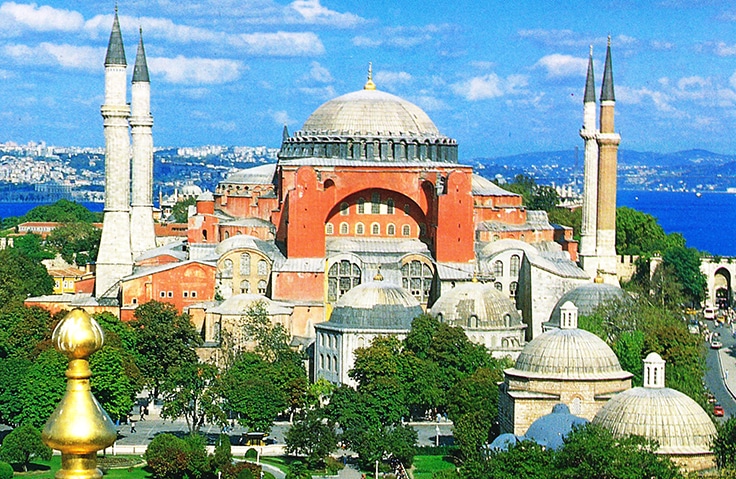 This Late Renaissance Church is the most renowned work of architecture. It is the largest church in the world. It is one of the holiest catholic sites and holds a unique position in the Christian world. 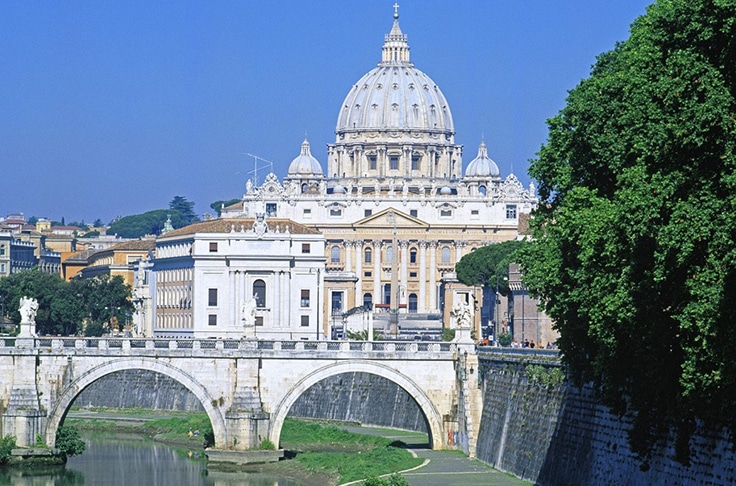