UK’s Most Expensive Divorces Ever 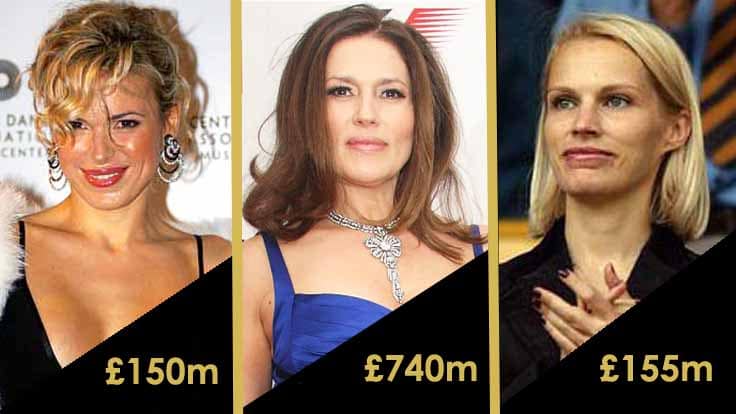 Morgan Bell is the ex-wife of Steve Morgan, who founded the Flintshire-based Redrow housebuilder. Apart from her 2000 divorce settlement, the 60-year-old has other assets.

London-based Besharova,  the former wife of the late Boris Berezovsky, obtained a “quickie” divorce in 2010, giving her £100m.

Jenkins established her own business in London after arriving from Sarajevo in 1992. Jenkins chairs Neuro Drinks and owns Melissa Odabash swimwear. The California resident received £150m for her divorce from London banker Roger Jenkins. She is committed to her charity work in the Balkans.

The former wife of Roman Abramovich, received a £155m divorce settlement in 2007 that included a £12m West Sussex estate.

The former model became one of the richest women in Britain after her 2009 divorce from Bernie Ecclestone, the commercial brains behind Formula One. Much of the family’s £2.2bn wealth was held in her name in offshore trusts. It is thought Bernie kept 66% of the fortune from his involvement with F1. She told her native Croatian press recently: “My daughters want me to move to LA. Taxes are too high in London. I need to take care of myself. I am not broke but taxmen are awful.”