This Durban stadium played host to a number of 2010 World Cup games. During the tournament it had a capacity of 62,760 due to the use of temporary tiers. Since the World Cup the capacity has been reduced to 54,000. It is adjacent to the Kings Park Stadium and contains a sporting institute and transmodal transport station, which was built to accommodate the demands of the World Cup. 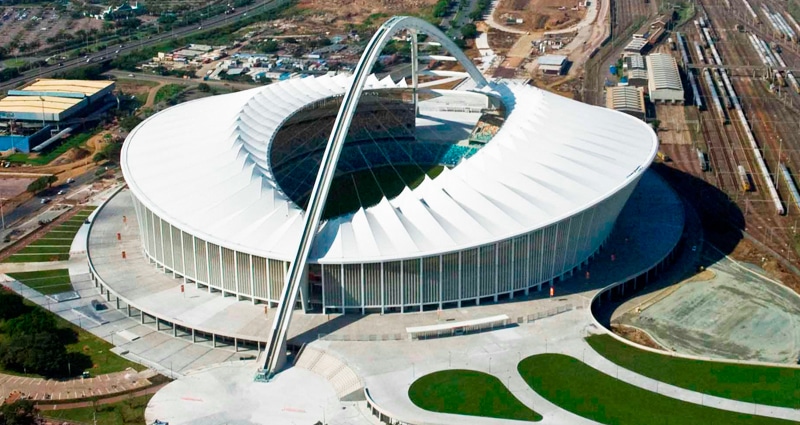 Located in the legislative capital of South Africa, the stadium was built on the previous site of the Green Point Stadium. The stadium is still occasionally referred to by the name of its predecessor. The stadium has a capacity of 64,100 and was constructed by the South African company Murray & Roberts. 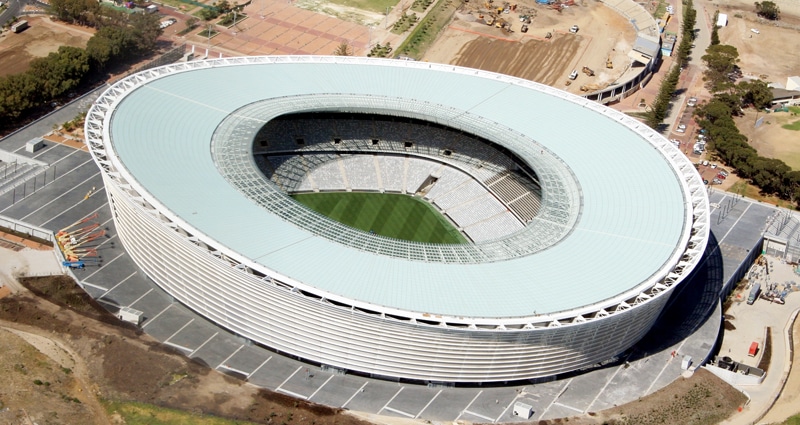