Named to the honor  Angola’s independence Day, Estádio 11 de Novembro  is a multi-use stadium in Luanda, Angola which hosted the nine matches of the 2010 Africa Cup of Nations. Design by Urbinvest, Arup Sport, Sua Kay Arquitectos and constructed by Shanghai Urban Corporation Group. The multi-use stadium have a capacity of 50,000, costing $227 million. 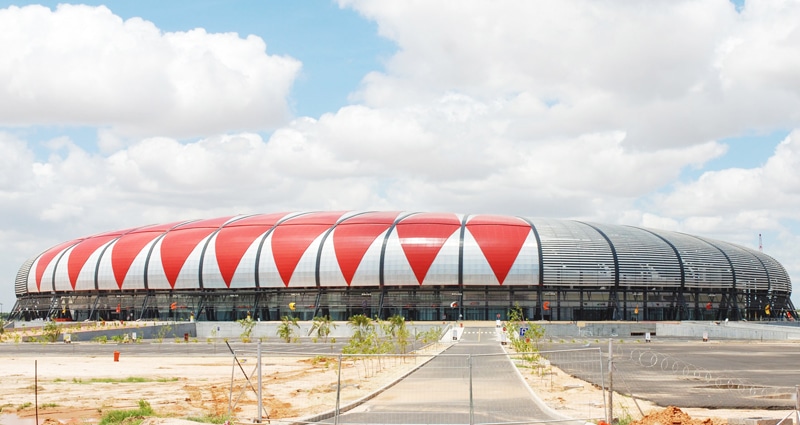 Overlooking the North End Lake in Port Elizabeth this 48,459-seater stadium is located in the heart of the city. Named after South Africa’s legendary former President the stadium’s cost spiralled out of control during constructing. The cost was originally estimated at around R711million, the eventual cost was in excess of R2billion. 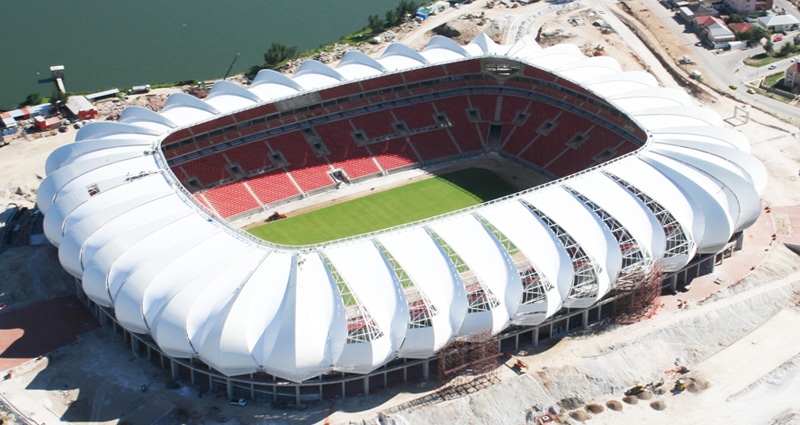