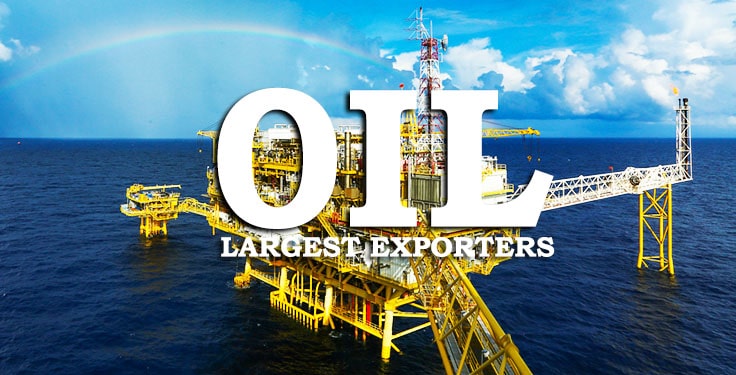 Oil is the main source of energy in today’s world. Nations rich in oil can be wealthy and powerful. Although the United States is the third largest oil producer in the world, the nation also relies on imported oil. More of its imported oil comes from Canada.

Here is the top 10 largest exporters of oil, ranked according to their production per day.

Canada has 13 percent of global oil reserves. Alberta is rich in oil and gas resources. In 2007, oil reserves in Canada were estimated at 179 billion barrels. More than 95 percent of these reserves are in the oil sands deposits in Alberta.

On a per-capita basis, Norway is the world’s largest producer of oil and natural gas outside the Middle East. Between 1966 and 2013, Norway companies have drilled 5085 oil wells, mostly in the North Sea.

Since the discovery of oil in the early 20th century, Venezuela has been one of the world’s leading exporters of oil. It is a founding member of OPEC. The nation has the largest oil reserves in the world.

Oil is an important economic resource of Angola. It exports crude oil to nations like China. Diamonds and oil make around 60 percent of Angola’s economy. The nation’s growth is driven by oil production.

Oil reserves in the UAE are about 98 billion barrels. One-third of the GDP of UAE is from oil revenues. Abu Dhabi has most of the oil with 92 billion barrels. UAE exports crude oil to nations like Japan.