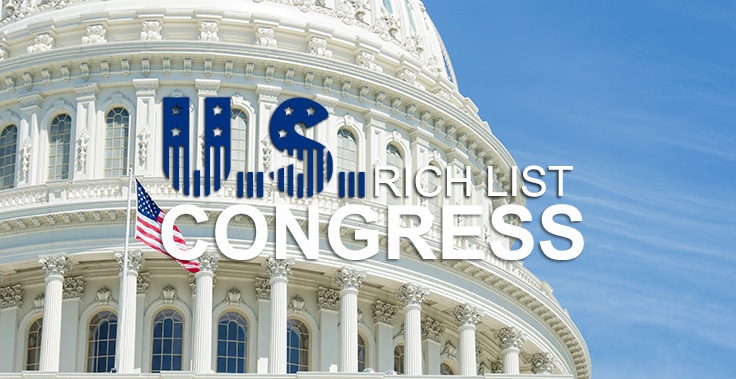 CQ Roll Call provides essential intelligence and grassroots advocacy resources to take action. Every year, this company has reviewed the financial disclosures of all 541 senators, representatives and delegates to determine the top 50 richest members of Congress.

Here is a brief overview of the top 20 richest members of Congress as of 2014, ranked according to their net worth.

This second-term lawmaker showed a slightly lower minimum net worth partly due to a change in value of certain stock investments owned by her husband. She has invested in Tennessee real estate.

This House Republican moderate’s minimum net worth slipped significantly due to the value floor for his expansive stock and real estate portfolio declined 17 percent.

This New York Republican was a successful businessman before coming to Congress. He has invested in emerging companies and real estate.

This Florida lawmaker’s net worth surged by almost $10 million as he actively bought and sold exchange traded funds.

The biggest chunk of this Texas Republican’s nest egg is the eponymous JRW Corporation and Affiliates.

This Pennsylvania native served as mayor of the town before running for Congress in 2010. He has invested in professional sports teams.

Nancy Pelosi’s minimum net worth increased slightly during the past year. This is partly due to the significant growth of her husband’s stock investments.

Miller is one of the biggest real estate tycoons in the Congress. The minimum value of his expansive and expanding portfolio nearly doubled during the past year.

Pingree is the wife of investment guru Donald Sussman. She consolidated the power base she established a decade ago with the opening of Nebo Lodge.

Buchanan’s minimum net worth increased by roughly $6 million in 2013. This is due to fewer liabilities for the Florida Republican in the past year.