These stadiums will be zero carbon emitting and climate controlled. Appropriate measures will be taken to reduce solar radiation and warm winds. FIFA World Cup is usually held in Europe’s off-season, which is during June and July. At this time day temperature in Qatar will be more than 40 degrees Celsius. Adequate measures to reduce the temperature inside the stadium would help players and spectators. Organizers at Qatar intend to do just that. After the event, parts of the stadiums would be dismantled and sent to developing nations to build 22 new stadiums.

Qatar is proposing to build nine new stadiums and renovate three, at an estimated cost of around $3 billion. The 12 venues are divided among seven host cities: Al-Daayen, Al-Khor, Al-Rayyan, Al-Shamal, Al-Wakrah, Doha and Umm Slal.

Here is a brief overview of the 12 stadiums for the 2022 FIFA World Cup.

Located in Al-Rayyan, this stadium would be renovated. It will be owned by Qatar Olympic Committee and the government. Group matches would be played here. 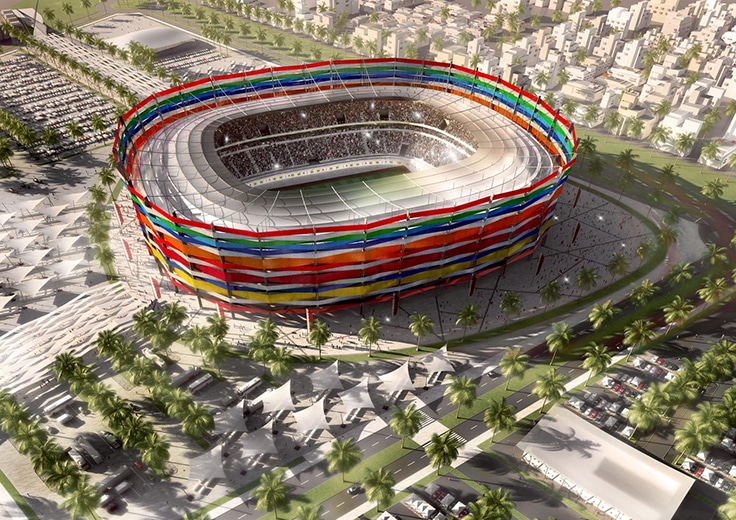 This stadium is yet to be built. It would be located in Al-Khor and owned by Qatar Olympic Committee and the government. Group matches and round of 16 matches would be played here. 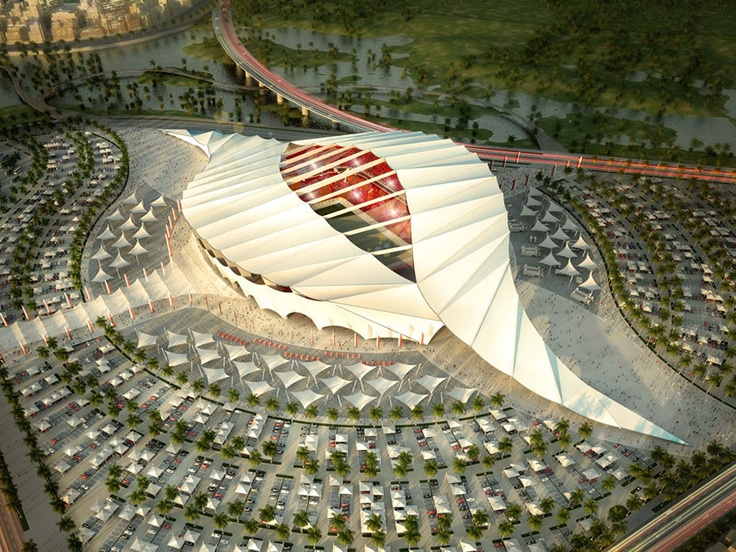