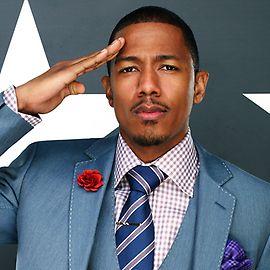 Nicholas Scott Cannon was born on October 8, 1980 in San Diego, California to James Cannon, a televangelist, and Beth Hackett. After his parents separated, Cannon was raised in Lincoln Park by his paternal grandfather.

Though Nick Cannon’s net worth is certainly something to be in awe of now, he didn’t have the easiest life growing up. Cannon grew up in Lincoln Park’s Bay Vista Housing Projects, which is known for its heavy gang-related activity. As a teen, Cannon was involved with the Lincoln Park Bloods Street, but he got out of the gang life after losing a close friend to gang violence.

Cannon began his entertainment career at the age of eight by performing stand-up comedy. When he was 11, he started performing on his father’s local cable access television show. Cannon eventually moved to Hollywood and took his stand-up routine to such notable venues as The Comedy Store, The Laugh Factory, and The Improv.

When he was 15, he started working as a warm-up comedian at Nickelodeon, a company he would end up developing a very strong relationship with later on.

Cannon got his first big break in entertainment as a cast member on the Nickelodeon sketch comedy show All That from 1998-2000. In 2002, he starred in, wrote, and executive produced The Nick Cannon Show, which was a spin-off of sorts to All That. Some big-name guest stars on the show included Eddie Murphy, Britney Spears, Mary J. Blige, and Usher. The show lasted for 22 episodes.

Cannon continued his foray into sketch comedy with the MTV improv show Wild ‘N Out. The first iteration of the show lasted from 2005-2007, and after a six-year hiatus, it came back in 2013 and continues to air as of 2018. Some of the show’s famous alumni include Kevin Hart, Katt Williams, and Saturday Night Live’s Tarran Killam.

The hosting abilities that he demonstrated in Wild ‘N Out earned him a number of hosting gigs in the years to coming, including the 2005 Kids’ Choice Awards, the 2009 Nickelodeon HALO Awards, the 2011 Nathan’s Hot Dog Eating Contest, the 2013 Ebony Magazine Power 100 Awards, and the short-lived show Caught on Camera with Nick Cannon.

Perhaps his highest profile television hosting job was on the popular NBC talent show ​America’s Got Talent from 2009-2016. It is claimed that he made around $70,000 per episode. Before the 2017 season, Cannon announced his resignation from the show, citing creative differences between himself and network executives.

The announcement came after rumors began circulating that NBC executives were considering firing Cannon following negative remarks he made about NBC in his 2017 comedy special, Stand Up, Don’t Shoot. Though executives tried to smooth things over with Cannon, he was eventually replaced as the host of America’s Got Talent by model and TV host Tyra Banks.

Not only has Nick Cannon’s net worth been fueled by his television experience, but by his films roles as well. His first film role was as an extra in the 2000’s teen comedy film Whatever It Takes. He was also an extra alongside Will Smith and Tommy Lee Jones in the 2002 sci-fi action comedy Men in Black 2. That same year, he got his first starring role in Drumline. Since then, he has starred in or made appearances in at least two dozen films. 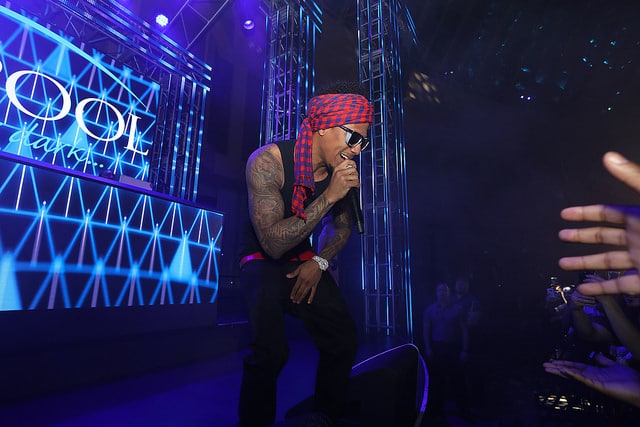 Aside from comedy, Cannon has also made a career in music, which he developed a passion for at the age of 8 when his grandfather started buying him musical instruments. While starting out as a rap performer as a teenager (a career he still dabbles in to this day), Cannon launched his own record label called Can-I-Ball Records in 2005.

After cancelling Can-I-Ball Records, he released a new label called N’Credible Entertainment in 2009. Some of the artists that signed on to the label include Soulja Boy, New Boyz, Kehlani, and Amber Rose.

Personal Life and Other Ventures

On April 30, 2008, Cannon married pop star Mariah Carey in the Bahamas. They have two children together, daughter Monroe and son Moroccan Scott. The couple filed for divorce in 2014, and it was finalized in 2016. While Nick Cannon’s net worth is impressive, it is nothing compared to ex-wife Carey’s, who is worth an estimated $535 million.

Besides his television, film and music career, Cannon is also involved in a number of other various business ventures. He has been a development and creative consultant for Nickelodeon since 2009 and currently serves as the chairman of TeenNick.

In 2015, Cannon served briefly as the Chief Creative Officer for the now-defunct Radio Shack. Cannon is also known for his philanthropy. He has been involved with Do Something, an organization that encourages teens to get involved with their communities and has also been the celebrity spokesperson for the National Associated of Letter Carriers’ national annual food drive since 2011.