The 15 Most Expensive Watches in the World 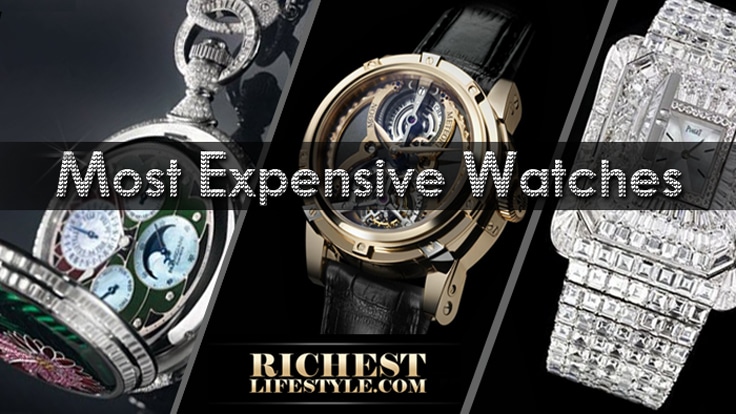 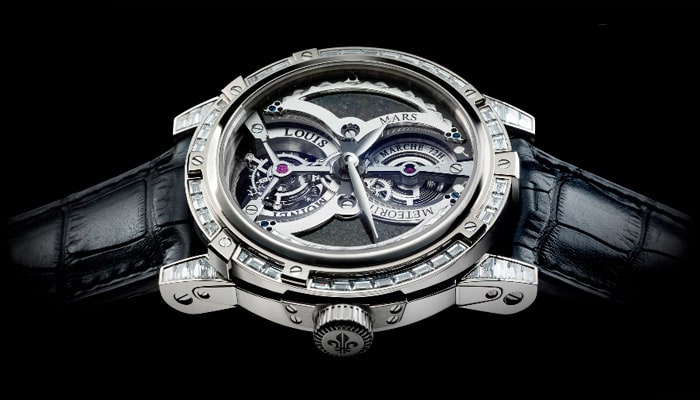 The Louis Moinet Meteoris is actually four tourbillon watches in one set. Each watch’s dials are made of out-of-this-world materials like moon rock, asteroids, and meteorites. The set also comes with a complimentary planetarium that depicts the solar system. 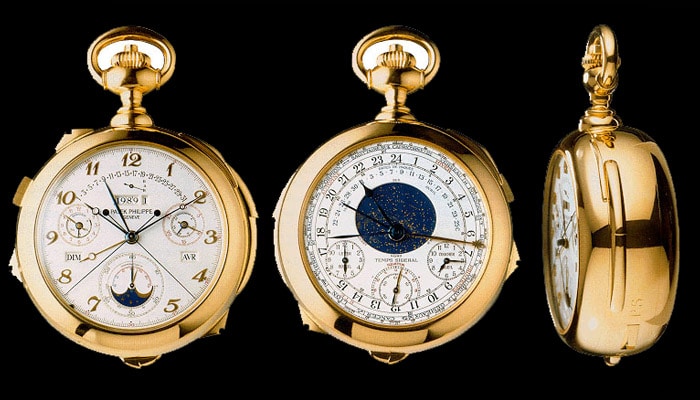 In 1989, Patek Philippe created the Calibre 89 for the company’s 150th anniversary. With no less than 1,728 components, this complex masterpiece took Patek Philippe five years to research and four years to manufacture. It also indicates the temperature.