When it comes to classical instruments, few can compete with the violin. These instruments not only have been in use for hundreds of years, but there are those who are willing to pay millions of dollars for such an instrument: and not just as a collector's item. The most expensive violins are not only rare, but also produce a sound that isn't possible to replicate. No one knows exactly why the most expensive violins in the world sound as beautiful as they do. One thing is for certain, however: these violins are in high demand and worth a lot of money.

If you know anything about the value of certain instruments (and just valuable objects in general), you probably have heard the name "Stradivarius" before. It's an instrument that dominates any list of most valuable violins in the world. The Messiah Stradivarius is at the top of the list. It currently is the most expensive violin, and should it ever be sold at auction again it likely will only increase in value.

The Messiah Stradivarius was made by Antonio Stradivari in 1716. This makes it one of the oldest violins by the Italian master. It has been previously owned by Joseph Joachim, Nathan Milstei,n and Jean-Delphin Alard. However, it has never seriously been played other than a few times by the owners, and it is now on display at The Ashmolean Museum in Oxford, England. Despite the estimated value of $20 million, it is sad that such a regal instrument has never been put to its original use.

As you'll discover when you read further into other expensive worldwide violins, the list is almost exclusively dominated by Guarneri and Stradivarius. These two Italian violin makers sure knew how to craft beautiful instruments (and where to find the right wood to do so). This violin is not only in exceptional condition, but it has been played and owned by some of the most important violinists of the last 100 years.

Henry Vieuxtemps, a Belgian violinist, owned the violin back in the 19th century. It was eventually owned by Yehudi Menuhin, and, probably the most well-known violinist in the world: Itzhak Perlman. However, the current owner is Anne Akiko Meyers (who also owns other violins on the list of other most expensive violin listings you'll see further down).

This violin is not only in exceptional condition, but it has been played and owned by some of the most important violinists of the last 100 years.

When looking at the list of world's most expensive violins, just how much did this instrument sell for? $16 million. And it is important to note that while Anne Akiko Meyers is the current "owner" of the violin, the actual owner (the individual who plunked down the $16 million), who remains anonymous, gave the instrument to Anne as a loan that will last the rest of her life. So while her family will not be able to auction off the violin at the time of her passing, she does have the honor to play an instrument few others will ever be able to touch.

When you consider the most expensive violin, the vast majority of these instruments go not simply because of age, but because of the quality of music they are able to produce. For most other notable violins, the same is true; although there are a handful of other violins that make this list based on connected history rather than just the sound they can make.

Here is an example of a violin that isn't valuable because of how it sounds but the event it is connected to. Arthur Catton Lancaster made the violin, although realistically you would not be able to play this violin today. It has been significantly damaged from water and is missing strings (although the string portion can be corrected).

If you've seen the movie Titanic, you probably remember the string quartet that played as the boat sank. That really happened, and this is the violin played by Wallace Hartley, the leader of the string quartet. There is even an inscription on the violin that reads "For Wallace on the Ocean of Our Engagement, From Maria." The violin was found an English home attic in 2006 and then auctioned off to an unknown buyer for $1.7 million.

This violin was made by Antonio Stradivari back in 1699. A host of professionals who have used this violin, including Charles Philippe LaFont, Ulf Hoelscher, Xiang Gao, Yang Liu, and Yossif Ivonov, who is the current owner. This violin was crafted by Stradivari right before what is considered his golden period of violin crafting. The Lady Tennant violin sold for $2.032 million back in 2005.

This violin dates from the time when the Stradivarius violins were really taking off. Antonio Stradivari found ways to craft violins that have since never been replicated, and this particular model was made in 1707. The violin is named The Hammer because Christian Hammer was the very first owner of the violin. The instrument has been owned by Rudolph Wurlitzer Company and played by world-famous violinist Kyoko Takezawa. In 2006, it was auctioned off for $3.54 million to a currently unknown owner.

Similar to The Lady Tennant, Antonio Stradivari made this violin several years before his golden period (this one was made in 1697). So what makes this violin so much more valuable than The Lady Tenant? It was once owned by Napoleon Bonaparte. The combination of connection to world history and an incredible build makes this one of the most expensive violin auctions ever.

Here is an instrument made by someone other than Stradivari. This model was constructed by another Italian violin maker by the name of Guarneri del Gesu back in 1743. The violin has been played by a number of prominent musicians, including Regina Carter, Shlomo Mintz, Eugene Fodor, and Paganini, its original Italian owner. Currently, the violin is insured for $4 million. However, sadly, it is not in use as it is being displayed at the Palazzo Doria Tursi in Genova, Italy.

Any violin that is named "Lord" is obviously going to be valued highly. Much like the previously listed violin, this was built by Guarneri Del Gesu only a year earlier, in 1742. The violin was owned by Lady Speyer (which is where it received its "Lord" title), and eventually ended up in the hands of Yehudi Menuhin, one of the most important violinists of his time. When he died in 1999, the instrument went on to be sold at auction for $6 million. Violin collector David L. Fulton owns the violin currently

This is the third violin in a row made by Guarneri Del Gesu. This violin was built in 1735. It is known as the Mary Portman because it was owned by a British woman by the name of Mary Portman. It has also been owned by Adele Anthony and Fritz Kreisler. It currently is owned by Susanne Hou, who spent $10 million on the purchase of the violin.

Yes, another Guarneri Del Gesu, this violint was built in 1741. Like the Mary Portman, this violin auctioned for $10 million. However, it has not been bought and sold as often as the Portman. The lack of changing hands might have something to do with its beautiful look. Despite being nearly 300 years old, the violin has a spectacular red varnish that only comes from being constantly well kept. Aaron Rosand is the current owner of the violin.

The third Guarneri violin to sell for $10 million or more, this violin has been handed down to a number of important violinists. Paganini, who has owned several of the violins on this list, once owned this violing, plus Ossy Renardy, John Tiplady Carrodus, and Richard Tognetti, who is the current owner.

We now go back to Antoni Stradivari who made this violin in 1721. The violin is named for Lady Anne Blunt, the first known owner of the violin. This is one of the best maintained Stradivarius violins known. It has a like-new condition, which has helped it increase in value. Other owners of the violin include Jean-Baptiste Vuillaume, the Nippon Music Foundation, and Richard Bennett. An unknown owner purchased the violin for $15.9 million not long ago. 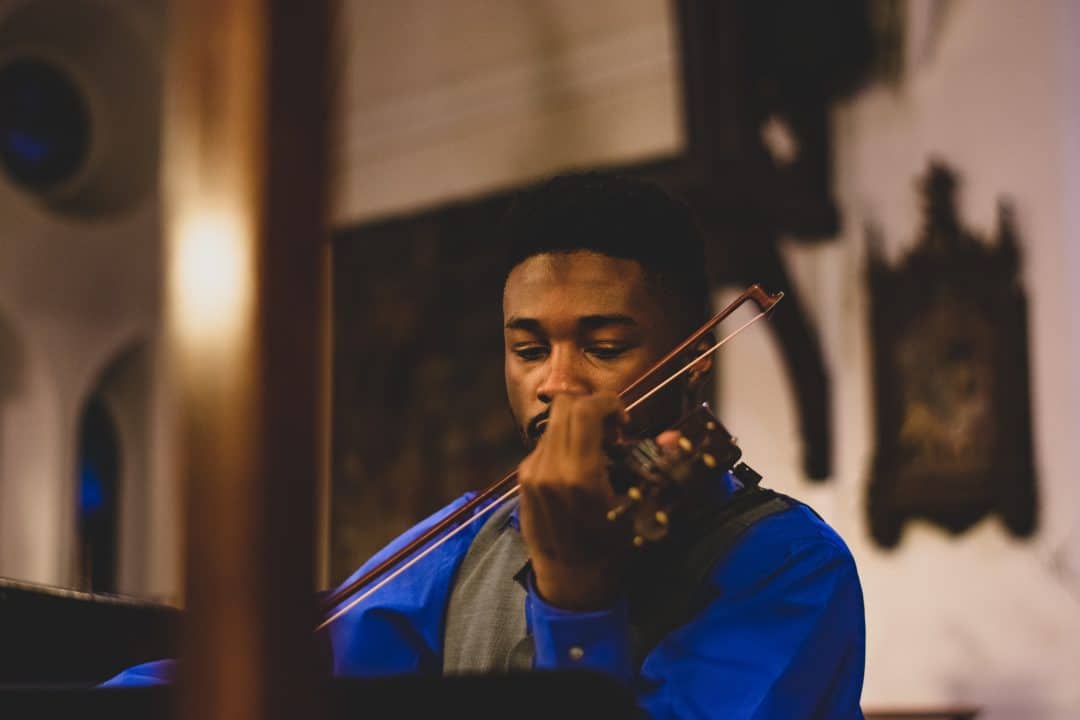 Photo by malcolm garret from Pexels

The Stradivarius line of violins is known as the most expensive violin. These violins will continue to sell and will continue to increase in value, so while these are the top prices currently, you'll likely see the numbers change again at some point when a violin is auctioned off and another desirable collector or musician purchases it. While you may not be able to afford a million dollar instrument, it is interesting to know what kind of cash these kinds of instruments can go for.