The US has produced some of the most expensive cars in the world. They are marvels of automobile engineering. This list features the expensive American cars that landed the highest amounts at various auctions.

Here are the top 10 most expensive American cars ever sold.

Out of the 20 Chevy Corvette L88 models manufactured, only one model was red in color. This was the model that sold for $3,850,000 at a Barrett-Jackson auction in January 2014. The amount includes buyer’s commission. The automobile was made for the racetrack.

General Motors’ “Parade of Progress” Futurliner buses powered the company’s road shows between 1940 and 1958. Only twelve models of this automobile were produced in the Harley Earle era. The 1950 model (No 11), which has been restored to the original Parade of Progress configuration, sold for $4,400,000 at a Barrett-Jackson auction.

Leonardo DeCaprio’s character flaunted the1929 Duesenberg in the Baz Luhrmann’s adaptation of The Great Gatsby. The 1935 Duesenberg SJ Speedster brought home $4,455,000 at an auction in 2004. 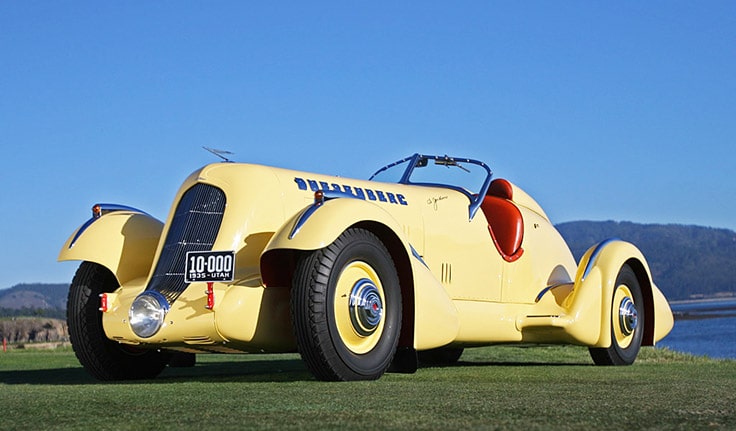 Only three models of his stunning automobile were manufactured, and only one of those was supercharged. The car was returned to peak form by Steve Babinsky’s Automotive Restorations of Lebanon, before being sold at RM Auctions for $4,510,000. 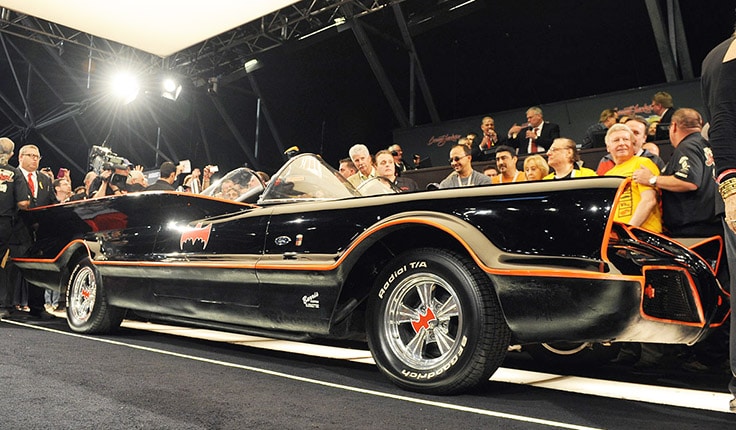 Nicknamed “The Super Snake”, the 1966 Shelby Cobra was labeled semi-competition after modifications. The model labeled CSX3015 sold for $5.5 million at Barrett-Jackson Scottsdale in 2007. 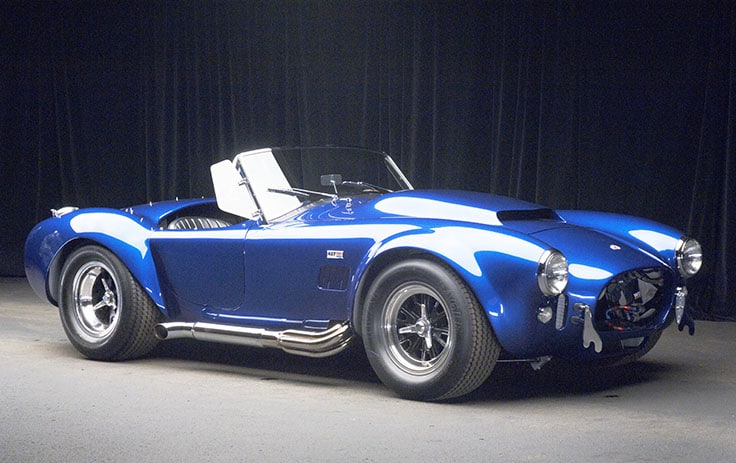 1964 Ford GT40 Prototype was the car by Ford with light chassis. It got a Cobra-Spec 289 Cl engine and placed third at Daytona in 1965, marking an early achievement of Ford Racing. The same model sold at Mecum Auctions for a staggering $7 million in April 2014.

The Shelby Daytona Cobra Coupe CSX2601 commanded $7,250,000 at the Pebble Beach Concours d’Elegance in 2009. The same car had beaten Ferrari at the World Manufacturer’s Championship of 1965, which Mecum had declared as the finest racing hour for any American car.

This amazing car brought down the house when it sold in 2011 at Pebble Beach for $10,340,000. The 1931 Duesenberg Model J Long-Wheelbase Coupe was described by Gooding & Company as “the most elegant American automobile.” None can dispute this claim.

1968 Ford GT40 Gulf/Mirage Lightweight racing car is the most expensive American car to ever change hands. It is the reigning champion in this race. It had finished first at Spa in its May 1967 debut before being modified to confirm to 1968 regulations. It is the first of the only three models produced. It sold for a mind-blowing price of $11 million at the RM Auctions.