Even though the King of Pop has been dead since 2009, his net worth continues to astound. Michael Jackson currently has a net worth of around $600 million. This number comes from a variety of different assets, ranging from MJ’s music collection to his number of properties to his continuing record sales.

Michael Jackson’s net worth after death has been astronomical for quite some time now. For the past five years, Jackson has been at the top of the highest earning dead celebrities list. His earnings in death have come from the “Michael Jackson One” Cirque de Soleil show in Las Vegas, hundreds of millions of dollars in record sales, the Mijac Music catalogue, and a $750 million deal made with the Sony/ATV publishing empire in 2016. Between October 2016 and October 2017, Jackson made over $75 million.

Though the King of Pop struggled with debt immensely in the few years before his death, the executors of his will worked tirelessly to help increase Michael Jackson’s net worth posthumously. Immediately after his death, they ended up selling Michael’s future music rights to Sony for $250 million, which is the largest record deal in history. MJ’s lawyers also sorted through thousands and thousands of hours of personal home footage of Jackson to produce the 2009 documentary concert film This Is It, which has made over $500 million to date. 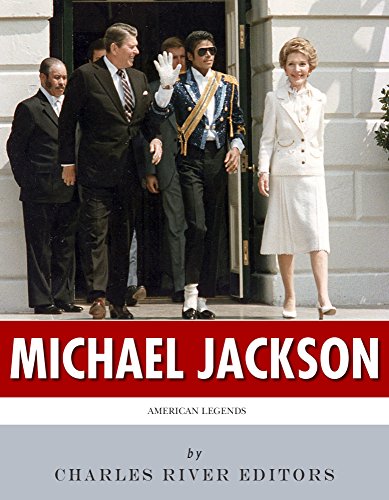 Following the massive amount of money brought in from This Is It and the deal with Sony, the endorsement deals started coming in. As mentioned before, Cirque du Solei has produced two Las Vegas shows centered around MJ’s music, while Pepsi also has a deal licensing Jackson’s image.

In personal items and memorabilia alone, Jackson has tens of thousands of dollars’ worth of items that are being stored in three warehouses in California. Once all three of his children reach 18 (which will happen in 2020), they will officially be able to decide which of the items will be kept or auctioned off.

​https://www.businessinsider.com/michael-jacksons-neverland-ranch-is-being-sold-for-100-million-2015-5​​​It is no secret that MJ was raking in the big bucks when he was alive as well. From 1985-1995, Jackson earned between $50 million and $100 million a year on record sales, touring, endorsements, and merchandise.

He also had an extensive catalogue of other artists’ music. The rights to his own music alone is worth more than $100 million, but MJ first began his trend of buying other music rights in the early ‘80s when he purchased the music catalogues of Sly and the Family Stone. He continued to buy the rights to a number of legendary hits, such as “When a Man Loves a Woman,” “Great Balls of Fire,” “Shake, Rattle and Roll,” and “Runaround Sue.” Jackson hit the music rights jackpot in 1984 when he bought the entire catalogue of The Beatles for $47.5 million. This catalogue eventually was merged with Sony, creating the Sony/ATV joint venture, and is now estimated to be worth a whopping $2 billion.

As good as Michael Jackson was at making money, he was even better at spending it. It’s true that he made close to $500 million during his lifetime. But in the months before his death, he owed nearly all off those earnings in debt. This was due to his luxurious and exorbitant lifestyle that would make even the Great Gatsby blush. At his peak, Jackson was spending between $30 and $50 million on his excessive lifestyle. This isn’t even taking into account the unpaid agent, lawyer, and publicist bills.

Some of the most over-the-top costs throughout Jackson’s life include the $65 million he spent on a variety of video projects, such as a short film he wrote with Stephen King called “Ghosts.” That infamous Neverland Ranch? That cost $17 million along with $5 million a year in maintenance costs. Then came the tens of millions of dollars he spent on cars, clothes, arts, and antiques. There were also the wildly expensive chimpanzees and the diamond-encrusted gloves.

And, on top of all that, there was the $20 million cost to settle a child molestation lawsuit, the $12 million divorce settlement Jackson owed to his ex-wife Debbie Rowe, and the $5 million in yearly debt interest payments.

To finance all of this, MJ took out a $380 million loan against his music catalogue’s value. Even in the midst of his financial troubles, Jackson attempted a comeback tour, which was documented in This Is It. It was ultimately Jackson’s hope that this comeback could help facilitate a way for him to pay back his debts.

But the debt he owed was too great. He quickly spent the loan and owed a massive amount of money on interest payments. It is said that the stress that Jackson suffered as a result of this tour is what ultimately led to his tragic death by drug overdose.

Defending A King ~ His Life & Legacy: A Michael...
Check Price

You Are Not Alone: Michael, Through a Brother's...
Check Price