What Is The “Internet Star” Jake Paul’s Net Worth?

If you don’t already know him, chances are you may very soon.
Jake Paul is a popular YouTube and social media personality. He’s known for filming wild antics alongside his brother and friends. Jake Paul’s entrance into the world of social media stardom was largely brought about by his older brother Logan Paul.
Jake Paul’s career officially launched in 2013 when he began posting comedic clips to the platform Vine.

An Internet Star Worth $11.5 Million

That’s right. Jake Paul’s net worth is around $11.5 Million.
That may seem like a lot for an internet star, but we’ll break down his career a bit more to see everything the comedian is involved in.
Like we mentioned, Jake Paul’s career began on the now-defunct platform Vine. Vine ceased operation in January of 2017, but in the four years that Paul had his Vine channel, he collected over 5 million followers.
Subsequent to his success on Vine, the star embraced other video and social media platforms like YouTube, Facebook, and Snapchat. On those platforms, Paul collectively has over 10 million followers currently.

Jake Paul’s net worth lie largely in one of his most successful efforts. Paul, alongside other internet famous comrades, created a digital media collective called Team 10. Paul raised over $1 million for the effort. He explained that the effort was to centralize efforts to expand social media influence.
“It started as Team Ten a year and a half ago while Vine was still big. I had this theory where I could replicate what Dr. Dre did in the music industry in the social media business. And I set out to put it to the test… found these kids online… they had 30,000 followers, then I flew them out to LA and taught them how to do things on social media. In 2 weeks, grew from 30,000 to 400,000 and today they have 16 million.”
Sound wild? Some investors didn’t think so. The $1 million price tag of the project was financed by Danhua Capital and included Edward Lando, Gary Vaynerchuk, Abe Burns, and Adam Zeplain.
The group currently is headquartered in their home, a $17,000/month rental mansion in the luxury neighborhood of Beverly Grove in LA.

Jake Paul Has Seen His Fair Share of Controversy

Everything has not been smooth sailing in Jake Paul’s career, however. He has been at the center of a couple of large-scale controversies.
Paul’s neighbors have long complained of bothersome antics on behalf of Team 10 at their huge mansion. Neighborhood representative and Los Angeles city councilmember Paul Koretz echoed those sentiments.
“These non-permitted antics are taking a toll on this previously quiet, residential neighborhood and are a draw on public resources in terms of public safety, parking, noise, littering, graffiti and damage to trees, plants and property. This is a huge nuisance for the neighborhood and we are looking at what legal options we may have to put a halt to this.”
Additionally, Paul acted on the Disney Channel Show Bizaardvark for a period of time before separating from the company. Paul eventually revealed that he was fired by Disney.
Just recently, the rental company owning the Team 10 house are taking legal action against Paul in the form of a $2.5 million lawsuit. The company claims that Paul has ruined the house in excess of the $40,000 security deposit he paid.
The star has also come under fire for using explicit words in candid videos of himself rapping and portraying himself too promiscuously for his young audience. 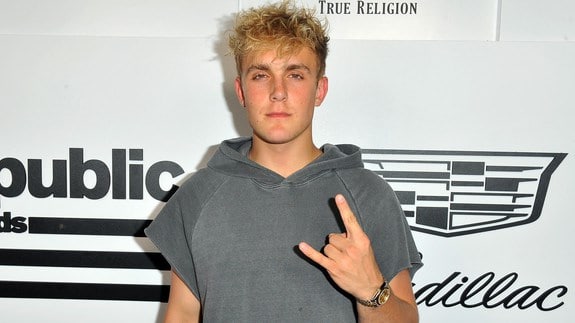 Regardless of the controversy surrounding the internet star, his career shows no signs of slowing.
Currently, Paul has the 86th ranked YouTube channel in the world, the 196th most viewed video on YouTube worldwide, and has had over 235 million video views just in the last 30 days. Paul gains, on average, over 10,000 YouTube subscribers daily. It is estimated that Paul earns up to $940,000 monthly from his YouTube channel alone.
When you take into account Jake Paul’s Instagram presence, in-person appearances, endorsement deals, and his influence with his extension team, it’s easy to see how Jake Paul’s net worth is so high.
Though it may be unexpected for a social media and internet star to be worth as much as Jake Paul is, you must recognize that the internet and social influence are growing into forces to reckon with. Jake Paul, and other young digital influencers like him, are changing the face of what it means to be a modern celebrity.
Even with minimal exposure on television, Jake Paul has created a valuable online audience that has brought his net worth to around $11 million, and it can reasonably be expected for his wealth to grow over the coming years.