Inside The Kim and Kanye’s Wedding

In the celebrity world, you never know what comes first, the kids or the marriage, and in the case of Kim Kardashian and Kanye West there was the baby first and then the marriage. Kim gave birth to daughter North in June 2013 and in May 24 this year, the two got married in a lavish wedding ceremony on the European continent.

The epic weekend of their wedding day spans from Paris to Florence, where the two accommodated their guests at top hotels and villas. Their guests arrived on May 19th and stayed at Hôtel George V, a luxury hotel downtown Paris, where rooms start at $750 a night. 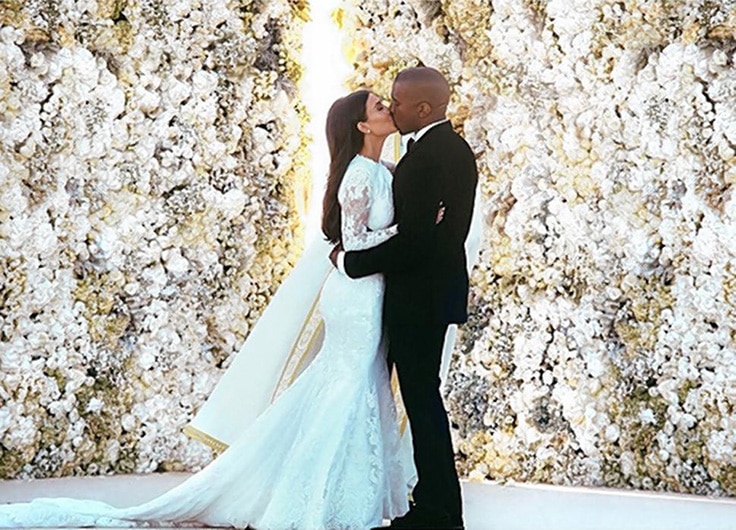 In Florence, the guests were accommodated at St. Regis or Four Seasons, where 5 stars rooms begin at $885 a night. Multiply this number by 200 and you can see what we’re talking about here. The transportation of the guests from Paris to Florence was made by private jets, and they were escorted by 45 to 50 cars and vans, at a cost of nearly $70,000. Needless to say the private bachelorette dinner at Hôtel Costes and the next day’s rehearsal dinner that included a performance by Lana Del Rey, didn’t come cheap either. Getting herself and all the lady guests pretty cost the Wests around $65,000, according to high-end Paris-based stylist Allison Depriestre, who was up to the task. The venue took place at top Forte di Belvedere, an imposing 16th-century fortress in Florence, that cost the couple $409,000 to rent. The flowers and floral decorations cost the couple a fortune as well. 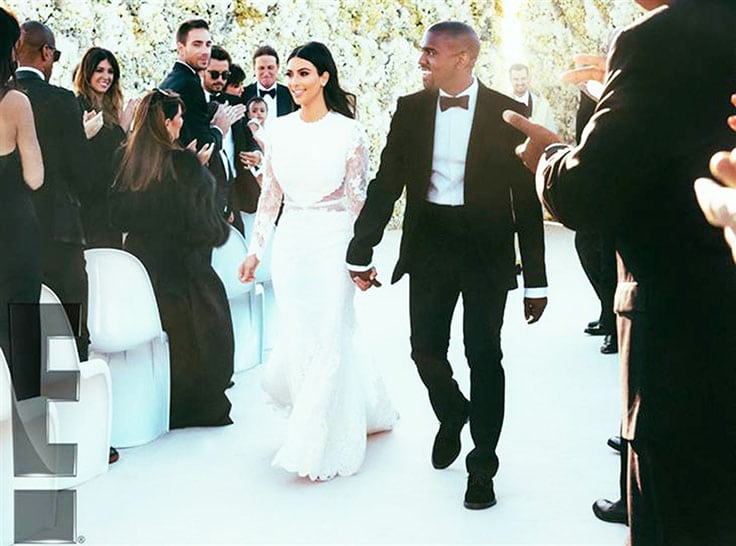 At an estimated cost of $136,000, Kim enjoyed bushels of tuberose, a very rare flower this year, known for her amazing scent. The wedding menu was elaborated by top chef Annie Féolde and restaurateur Giorgio Pinchiorri, a three Michelin stars Florentine chef and consisted of organic and locally sourced Tuscan ingredients. The price tag for food only? Tens of thousands of dollars. Topped by the couple’s 7-ft wedding cake, the cost escalades even more. However, perhaps the most costly purchase for Kim and Kanye’s wedding was Kim’s wedding gown. She wore a splendid custom Givenchy Haute Couture gown designed by her friend Riccardo Tisci with an estimated cost around $500,000.

According to Wealth-X an UHNW firm, the Kimye have a combined fortune of $155 million. West bring in the largest share with his net worth of $110 million and Kim’s $45 million.