World’s Greatest Footballers of All Time 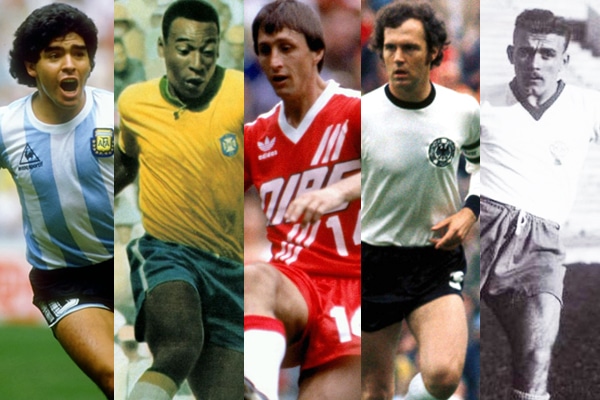 In our latest top ten we examine a list of the greatest footballers to ever play the beautiful game. It is difficult to gain complete agreement on any list of the best players; however this list features players from many generations, including those who are still playing, judging players on not just individual achievement but team success too.

At number ten is Portugal legend Eusebio. Originally born in Mozambique, the striker scored 733 goals in just 745 appearances. Eusebio is most associated with Benfica, winning the 1962 European Cup against Real Madird with two goals in a 5-3 win. His crowning moment on the international stage was in the quarter finals of the 1966 World Cup. With Portugal trailing 3-0 with 25 minutes to go against North Korea, a Eusebio inspired team went on to win 5-3 with four goals coming from their talismanic striker. Eusebio died on January 5th 2014.

If Best had managed to avoid the off-field distractions that eventually derailed his career he would have definitely featured higher on this list. Best hit the headlines at the age of 19 when he single-handedly destroyed Benfica. Part of Manchester United’s ‘Holy Trinity’ during the 1960’s, he won the European Cup and Ballon d’Or in 1968 aged just 22. From there Best’s career went into a steady decline and although he didn’t leave Old Trafford until 1974, he never graced the heights of 1968 ever again.