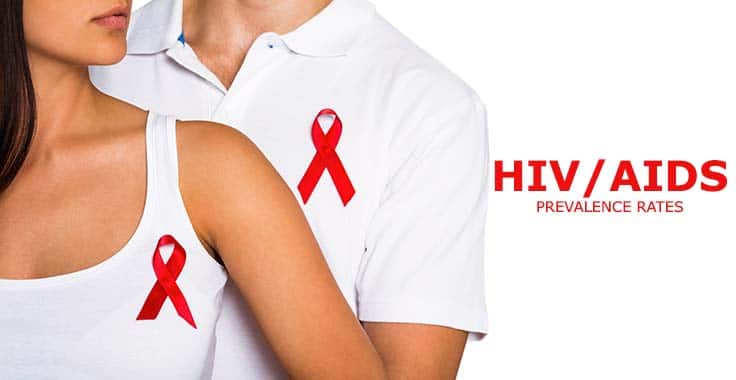 More than 33 million people all over the world are affected by HIV/AIDS.

Here is a brief overview of the top 10 countries with highest HIV/AIDS rates (adult 15-49 prevalence).

After experiencing a very high rate of HIV infection during the 1980s and the early 1990s, Uganda took many appropriate steps to deal with the disease. However, the disease is still a problem that has to be dealt with on priority.

Approximately 920,000 people in Malawi are affected by AIDS. Around 68,000 people die of AIDS every year in this nation. This is because the Malawian government was initially slow to respond to the epidemic.

In 1986, the first case of HIV was diagnosed in Mozambique. The nation is facing a severe, generalized HIV/AIDS epidemic. The impact of the disease is not uniformly distributed. Around 74,000 people die of AIDS every year in Mozambique.

Zambia has one of the world’s most devastating HIV and AIDS epidemics. More than one in every seven adults in the country is affected by AIDS. Approximately 56,000 people die of AIDS in Zambia every year.

Approximately 200,000 people in Namibia are infected with HIV. Around 5,100 people die of HIV infection every year in this African country. It is a critical public health problem in Namibia.