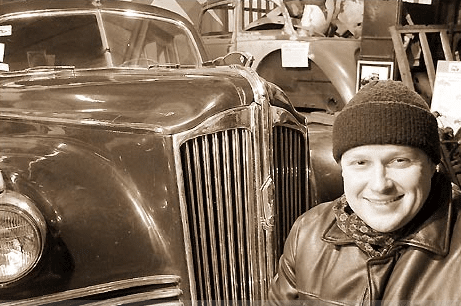 Dmitry Lomakov is a businessman and head of a prominent Russian family. He made his money in mining, notably Potash. There are a total of 120 antique cars and motorcycles in the museum, notably a 1914 Peugeot motorcycle, the last of its kind, as well as other Russian-made vehicles that no longer exist such as the 1977 Chayka GAZ-13. However, the Crown jewel in the Dmitry Lomakov collection is Adolf Hitler’s infamous Mercedes-Benz. He is on 7 in the list of Top 10 biggest car collectors in the world.
Also See: Most expensive cars owned by Celebrities

Jay Kay is another Well known musician.  Jay Kay has a wicked car collection—about 70 vehicles in total. Regardless of what you think of his music, you have to respect Jay Kay’s rides. The British-born Grammy award winning singer counts Porsches, Ferraris, Rolls-Royces, Lamborghinis, Mercedes, Bugattis, Maseratis and Aston Martin cars in his collection. He also has a Mercedes 600 car that was once famously owned by French fashion designer Coco Chanel. He is on 8 in the list of Top 10 biggest car collectors in the world.