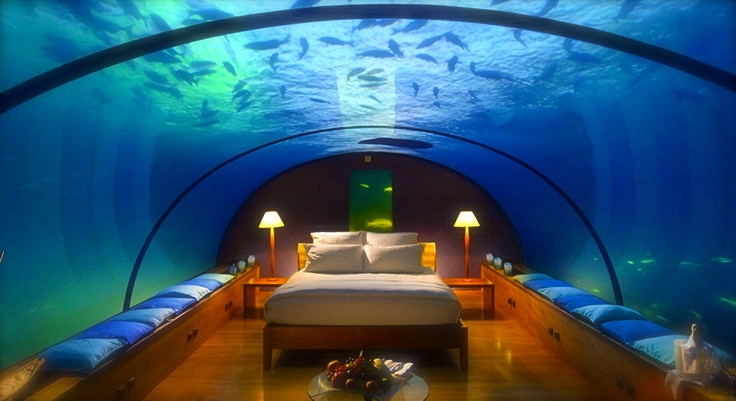 Underwater hotels are those that are built under the surface of the water, especially the sea. They attract many tourists from all over the world and come with luxury.

Let’s see the 6 Most Stunning Underwater Hotels in the world.

The Conrad Maldives Rangali Island Resort underwater hotel is situated in the tropical gardens on Rangalifinolhu Island. To get to this resort you can use just a seaplane and while it may sound like any other exclusive get away, you can dine with stingrays and sleeping with the sharks.

Some entrepreneurs in Istanbul had announced their intentions of opening their own underwater hotel in 2010. Seven floors were planned under the sea level. 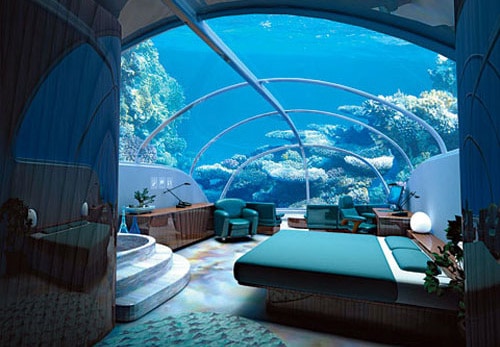 Poseidon Undersea Resorts was conceived and developed by L. Bruce Jones, president of US Submarines, Inc. It was a proposed chain of underwater five-star resorts that was first slated to open by September 2008. 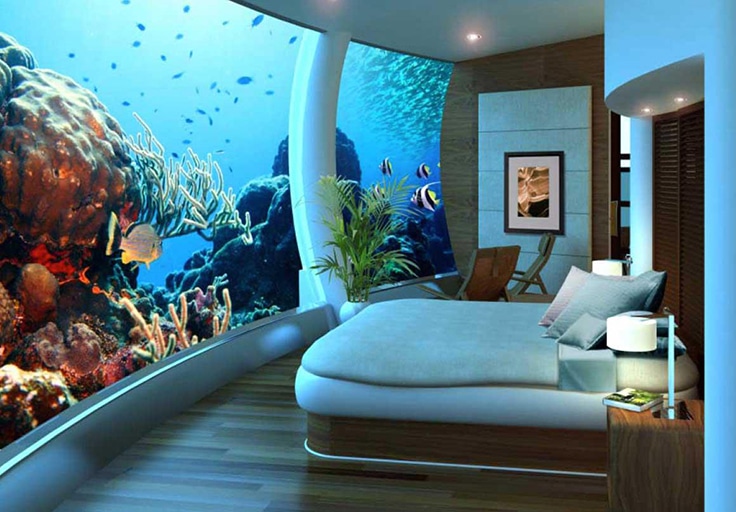 The project was to be the world’s first permanent one-atmosphere seafloor structure. The proposed location was Katafanga Island in Fiji. The resort was to feature twenty-two 550 square foot guest rooms, an underwater restaurant and bar, conference room, a library, spa, wedding chapel and a 1,200 sq ft luxury suite. 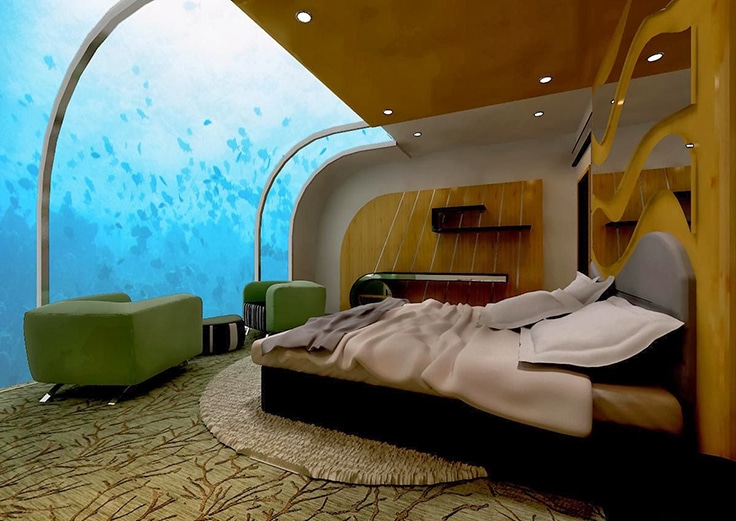 The architecture idea is to represent the connection between human beings and water. The noiseless train will be located in a 515 meter long transparent, double-track tunnel, made of Plexiglas reinforced with concrete and steel.

Utter Inn is a project by Mikael Genberg. It offers underwater accommodation to the public. It can be entered through a small, typical appearing Swedish house located on the surface of the water.

The only representation of this concept is located in Lake Malaren near the town of Vasteras in Sweden. From the shores of Lake Malaren, the Utter Inn appears like a bright red gardening shack stuck improbably in the middle of the lake. The visible section includes a kitchenette and a little dining area surrounded by an outdoor terrace.

This American hotel is located in Key Largo, Florida. It is truly an innovative concept. It is the only underwater hotel in the United States of America. It is 30 feet deep on the ocean floor. Guests have to scuba dive to reach their rooms. It was opened in 1986 and is located at the bottom of the Emerald Lagoon. 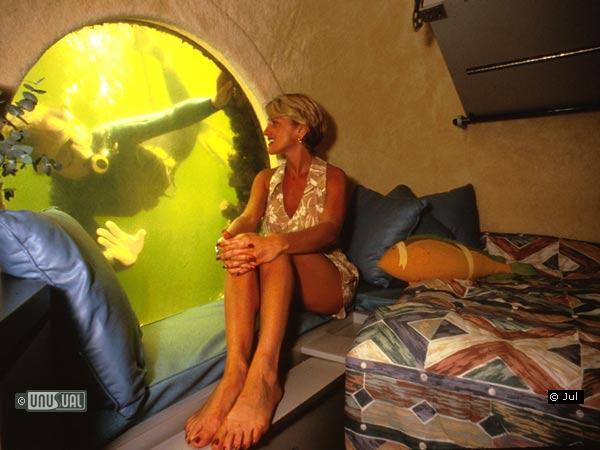 The hotel is named after the famous novelist Jules Verne, who authored 20,000 Leagues under the Sea. Scuba certification is required for entrance as the front door of the hotel is located 6.4 meters under water.

The hotel also offers a scuba diving school. Visitors who are not certified divers will have to go through a three hours crash course. The facility was originally built in the early 1970s as a groundbreaking research lab off the coast of Puerto Rico.

Many celebrities like John Fishman of Phish, former Canadian Prime Minister Pierre Trudeau and Steve Taylor of Aerosmith have enjoyed their stay in this hotel.

Dubai is known for having some of the world’s most unique architectures. One example is the Water Discus Hotel. Unveiled in 2012, the Water Discus hotel will have 21 luxury rooms below the surface, and a lavish lobby including a training pool for scuba diving. 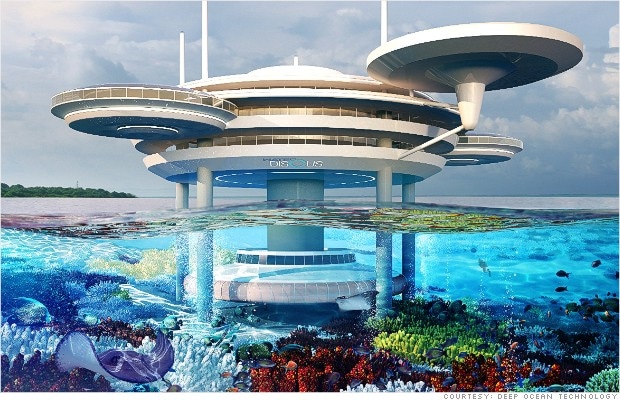 These underwater hotels are innovative.