Our wonderful planet earth is the densest planet in the solar system. It has many strange places. Various forms of nature in these locations are fascinating.

Here is a brief overview of the 20 strangest places on earth.

This scenic location is well-known for its colorful pools that are formed by calcite deposits. You will also find snow capped peaks, hot springs and waterfalls here. 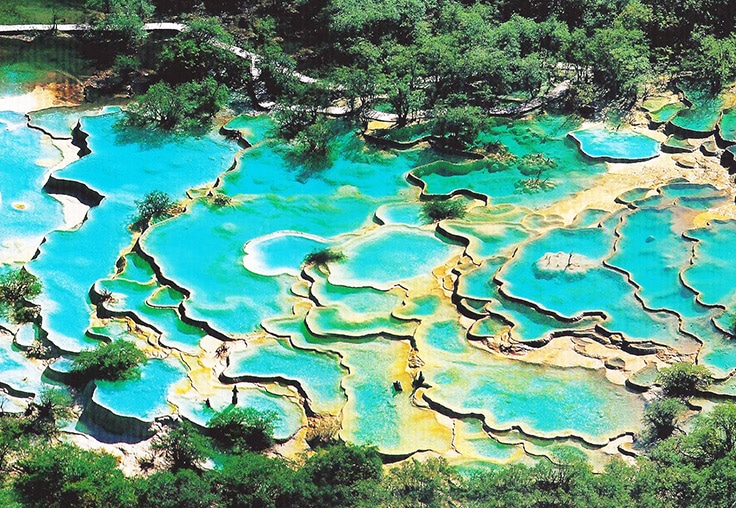 Located along the border between Utah and Arizona, Lake Powell is a reservoir on River Colorado. It was created due to flooding of the Glen Canyon by the Glen Canyon Dam. 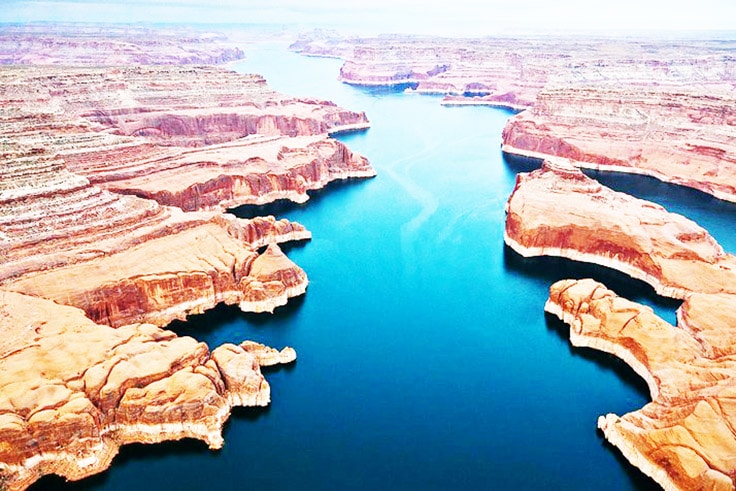 General Carrera Lake is the largest lake in Chile. It is of glacial origin and is surrounded by the Andes Mountains. 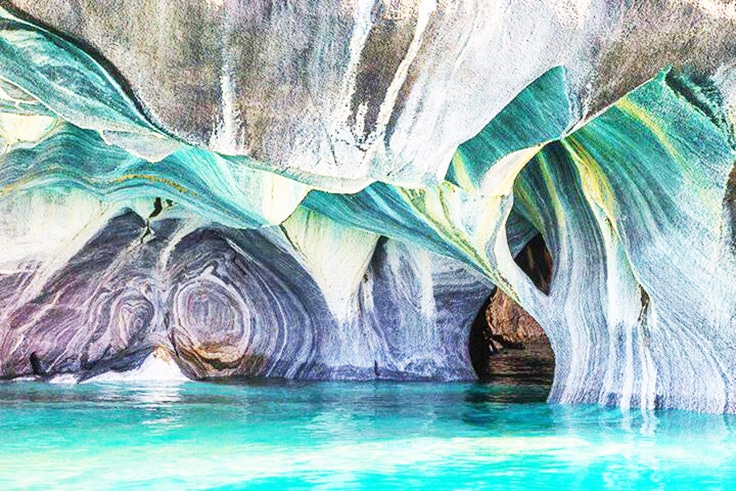 This natural rock formation is located along the banks of the Lena River in Far East Siberia. The height of the pillars varies between 150 and 300 meters. They were formed in some of the Cambrian period sea basins. 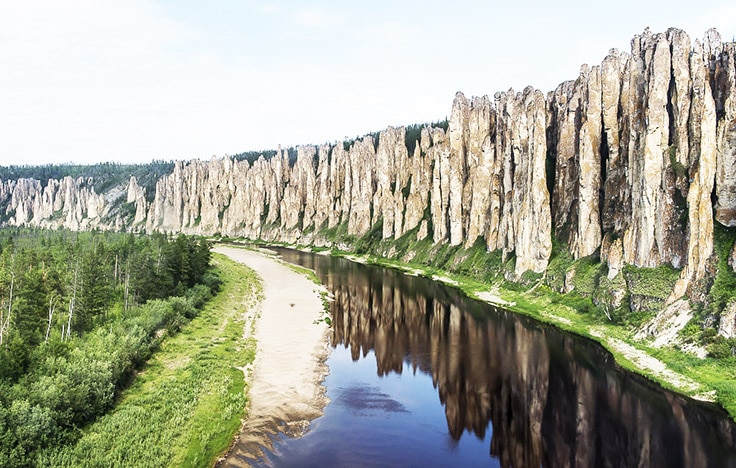 This 10 million ton massive rock is located in the town of Guatape, in Antioquia, Colombia. It is 200 meters high. The rock is almost entirely smooth, but has one long crack that runs from top to bottom. 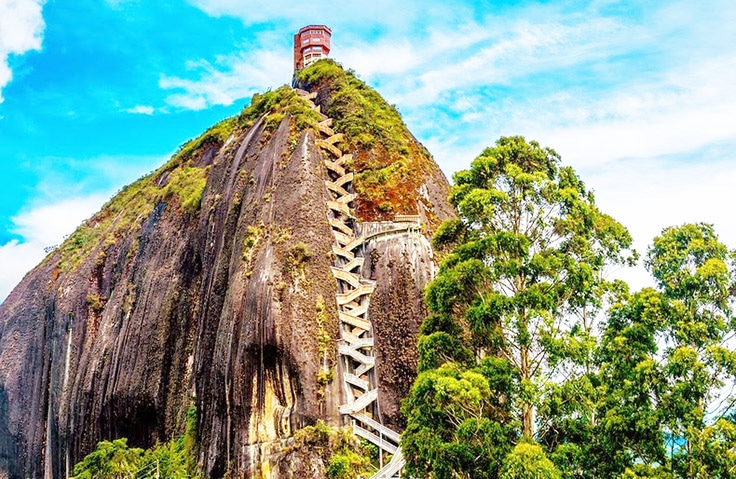 Located in northern Iran, this natural site comprises a range of stepped travertine terrace formations. These formations have been created over thousands of years as flowing water from two mineral hot springs cooled and deposited carbonate minerals on the mountainside. 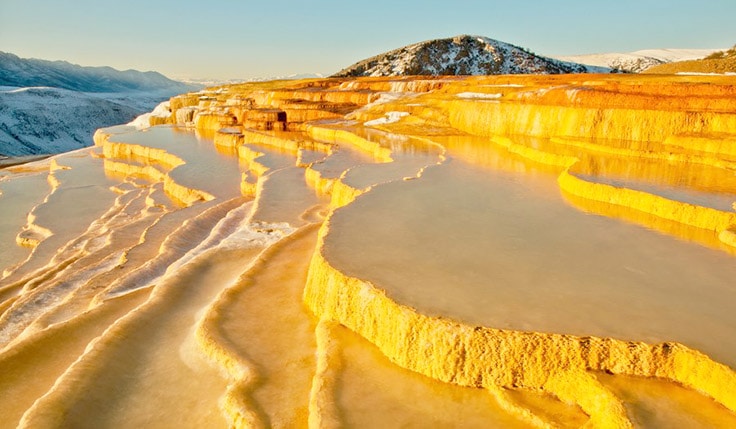 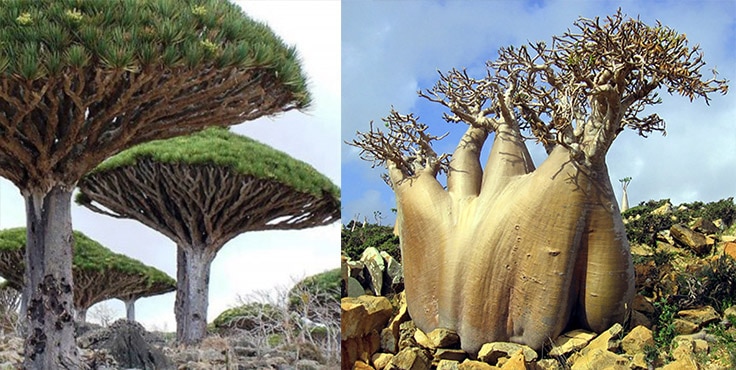 Also known as the eye candy of Zhangye, this masterpiece appears like a painting on a canvas. A kaleidoscope of numerous red rocky outcrops resembles castles, cones, towers, humans, beasts and birds. 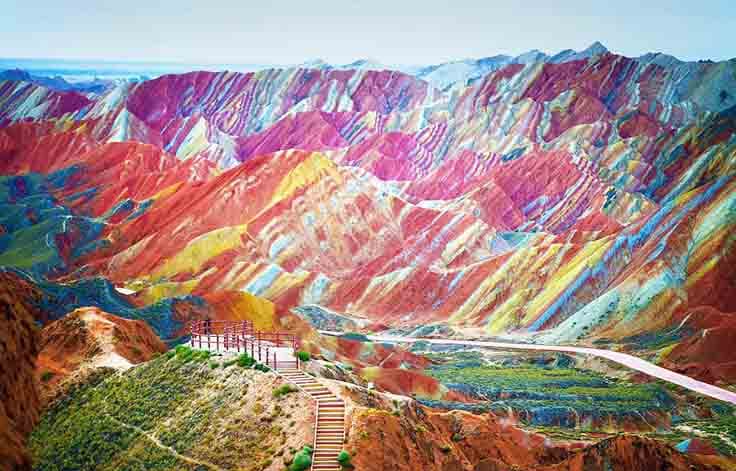 This hot spring is the largest in the US and the third largest in the world. It looks beautiful, with its blue, green, orange, yellow, red, brown and gold colors. These colors are due to pigmented bacteria in the microbial mats that grow around the edges of the mineral rich water. 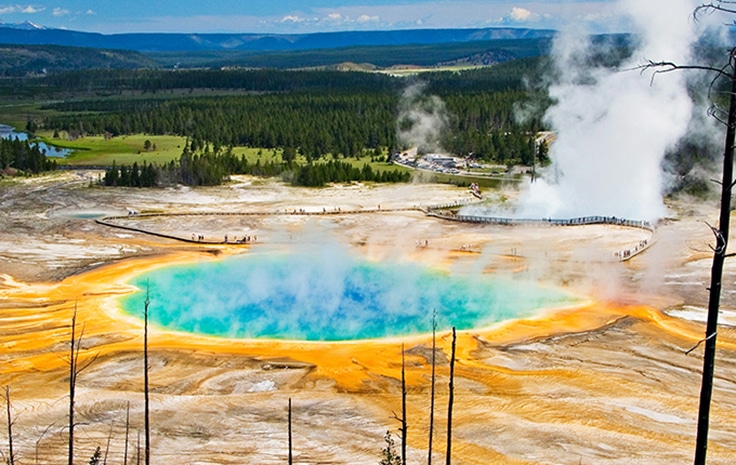 Also known as the Eye of the Sahara or blue eye of Africa, the Richat Structure is a prominent circular feature in the Sahara Desert near Ouadane. 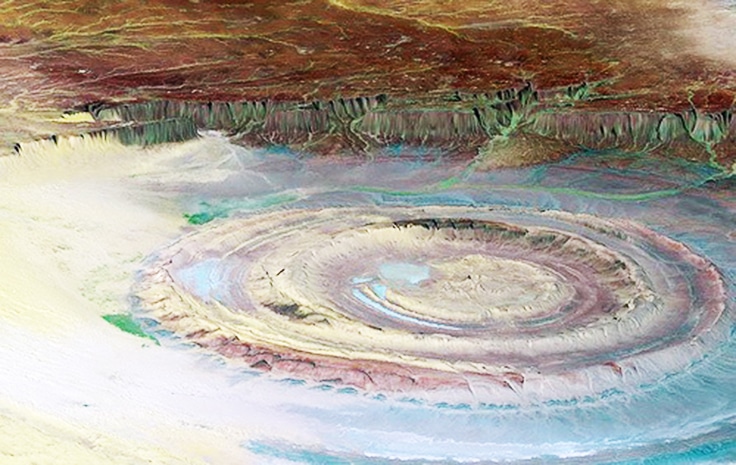 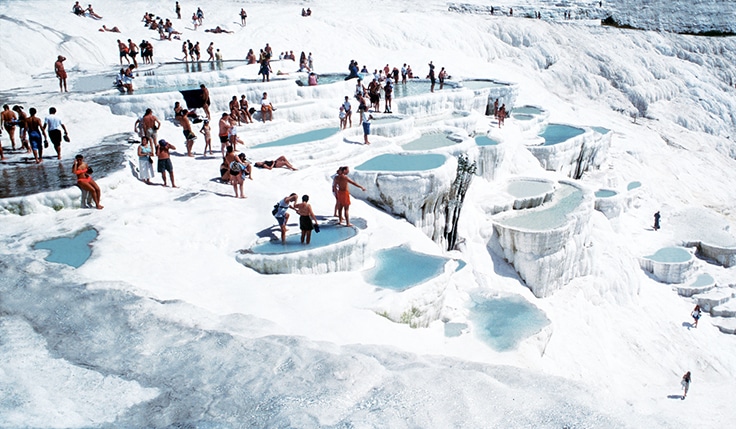 This sandstone rock formation is located on the slopes of the Coyote Buttes. It is a photographer’s delight. 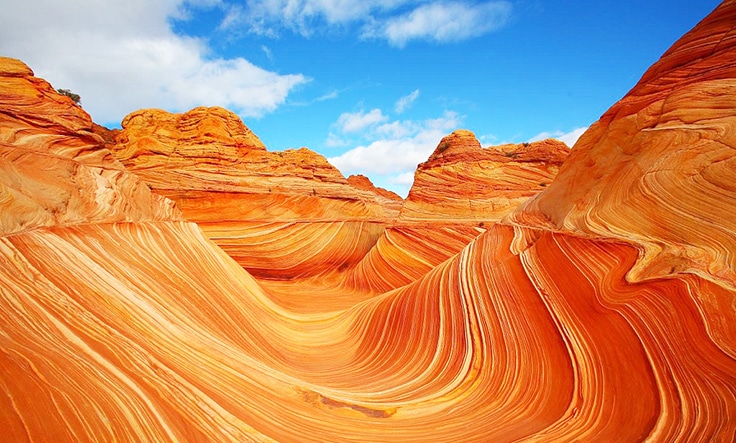 This scenic location offers marvelous views of peaks, which rise one after another. It is known as the “Monarch of the Peak Forest.” 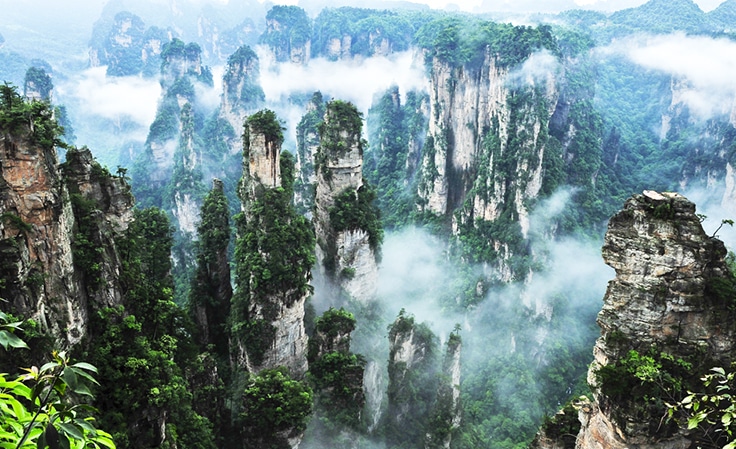 This working mine is well-known for its amazing selenite crystals. It is a lead, zinc and silver mine operated by Industrias Penoles, largest lead producer in Mexico. 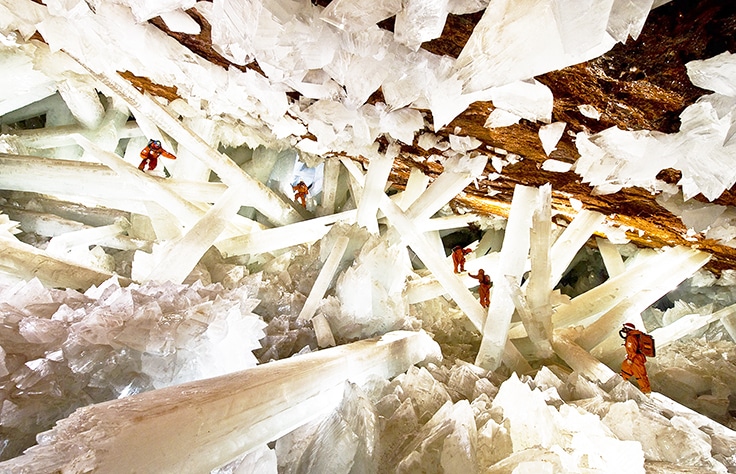 This man-made small geothermal geyser is located in Washoe County. Red and green coloring on the mounds is from thermophilic algae thriving in the extreme microclimate of the geysers. 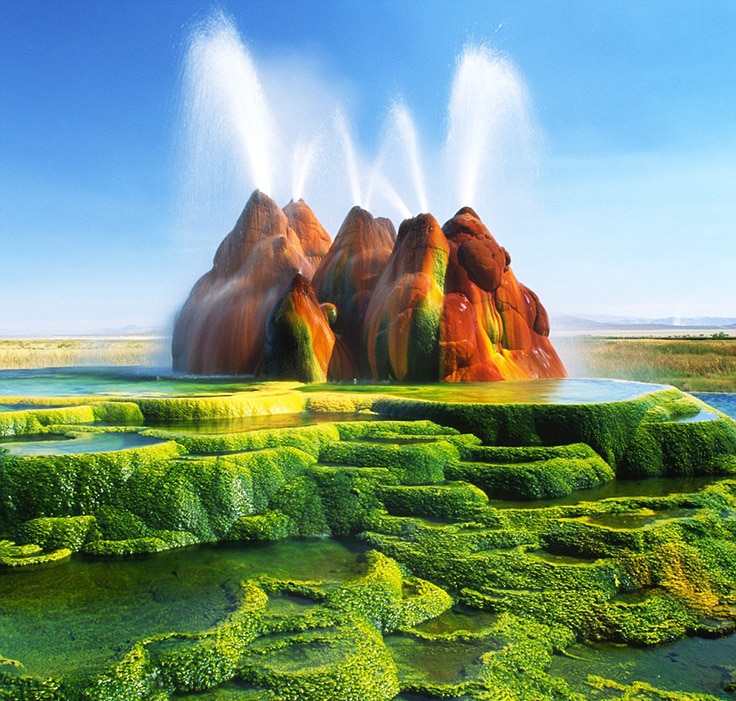 The most notable feature of this lake is that it is pink in color. Lake Hillier is about 600 meters long. It is surrounded by a rim of sand and dense woodland of eucalyptus and paperback trees. 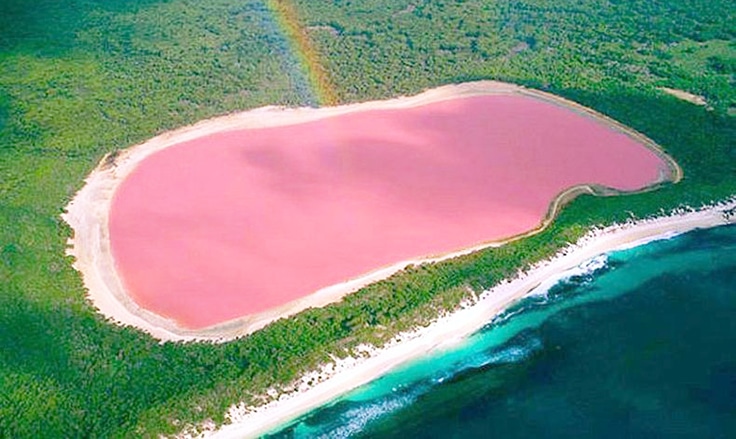 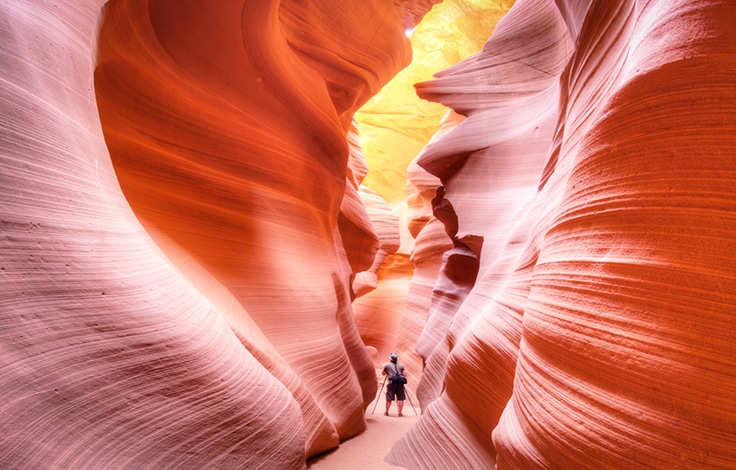 3. The Door to Hell, Turkmenistan

This natural gas field is located near the Derweze village, in the middle of the Karakum Desert. The name “Door to Hell” was given by locals to the fire, orange flames and boiling mud in Derweze’s large crater with a diameter of 70 meters. 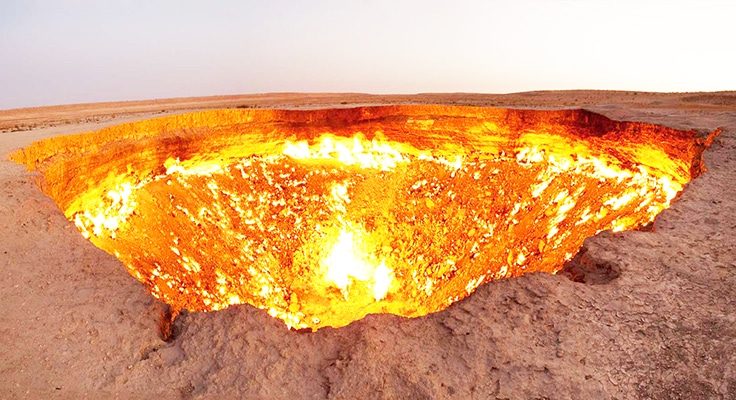 This perennial karstic spring flows from the bed of Cypress Creek. It is located northwest of Wimberley, Texas. The diameter of the mouth of the spring is 12 feet. It is a popular swimming spot. From the opening of the creek bed, Jacob’s Well cave descends vertically for about 30 feet. 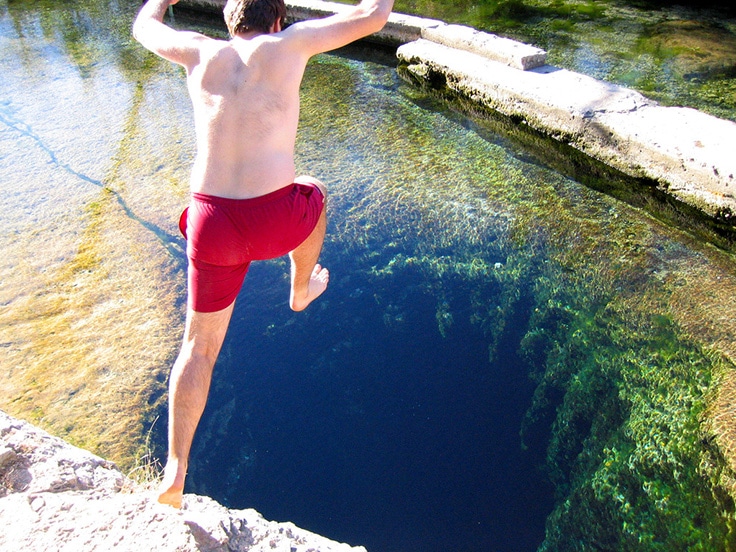 This large submarine sinkhole is located off the coast of Belize. It is circular in shape and was formed during several episodes of quaternary glaciation when sea levels were much lower. It is more than 984 feet across and 407 feet deep. The Great Blue Hole is a part of the larger Belize Barrier Reef Reserve System. 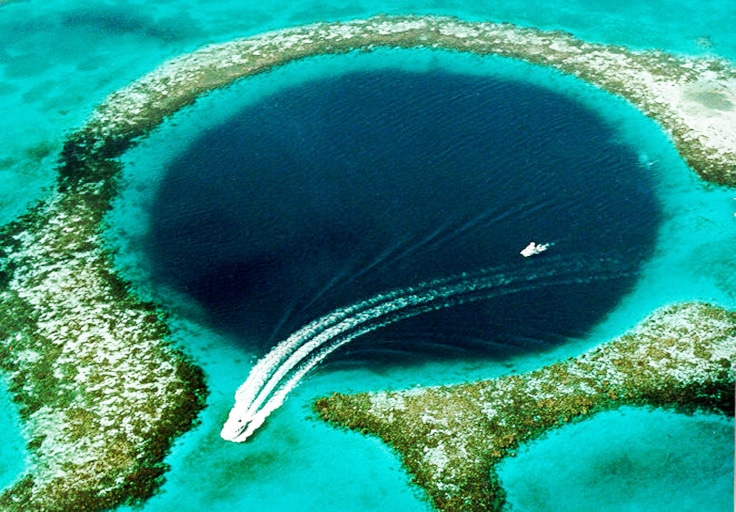 The above-mentioned locations have become major attractions. Many tourists visit them throughout the year.